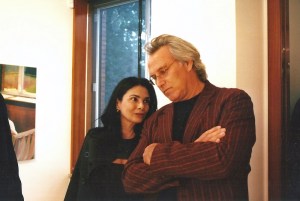 When she saw his painting St. Tropez (1982) at another gallery—a disquieting scene of fleshy bodies at a nude beach, with Ms. Gornik naked in the foreground—“it was an aha! moment,” she said. She ran to a pay phone and called Mr. Salle, looking for Mr. Fischl. At that point the two artists weren’t on speaking terms, a rift by fierce competition and the pressures of success.

Mr. Fischl had his first show at Boone in 1984, and the two have worked together uninterrupted ever since, even as other dealers courted him in New York, including Larry Gagosian, who was beginning his own meteoric rise. (A bit about Mr. Gagosian had to be excised from the book because of legal concerns—Mr. Fischl declined to elaborate, even off the record.)

“It’s odd to read a book about somebody who you know so well, because you realize how much you missed,” Ms. Boone said.

In the book, Mr. Fischl describes steadily drinking and doing cocaine throughout the day of his opening at the Whitney, and how it almost spiraled into violence late in the night. (He quit drinking and drugs the next day.) Thinking back to that day, Ms. Boone said, “I spent a long time with him and had no idea what he was going through.”

His Whitney retrospective would turn out to mark the high point of his career. The art market soured in the early 1990s, along with Mr. Fischl’s prices. In recent years, critics have cooled to his work as his subjects have grown more conservative—scenes in Rome, Spanish bullfighters, art world personalities. A 2012 show at Ms. Boone’s two galleries, of portraits of people like Steve Martin, Simon de Pury and Anh Duong, was almost universally panned by the art press.

Recently Mr. Fischl has been working on something new, and he offered to show me, leading the way quickly to his studio. Huge windows provided a view of a nearby pond, letting in natural light. The floor was covered in wax from his sculptures. The smell of oil paint was heavy in the air. A version of his 9/11 memorial sculpture of a falling woman, which inflamed tabloids, sits outside the door.

His large new paintings depict scenes at art fairs, which he has been painting from photos that he took while down at the Miami Basel fair this past December to do a talk. No one seems to be paying any attention to the artworks in any of them. People are rushing around, posing for his camera or frantically brandishing a mobile phone in each hand. “The art is exerting a kind of pressure on a crowd that doesn’t seem particularly interested,” Mr. Fischl said.

“The last thing I would have thought would be to sort of train my eye on the art world itself,” he told me, “but I think that’s one of the things that the book has emboldened me to do.” Part of the book amounts to a broadside against many contemporary artists. “I think there are going to be some uncomfortable times ahead, for sure,” he said.

These new paintings look quicker and looser—more fun—than most in his recent series. “To some extent, I’m trying to recapture some of the feel of the early paintings,” he said, “but in the early paintings, I was working at absolutely my limit of control, and they’re still kind of primitive and direct.”

He’s a better painter now, though it’s not necessarily any easier. “Every day you’re a failure until you conquer the fucking thing,” he told me later. “And then you’re great until you start the next one.” 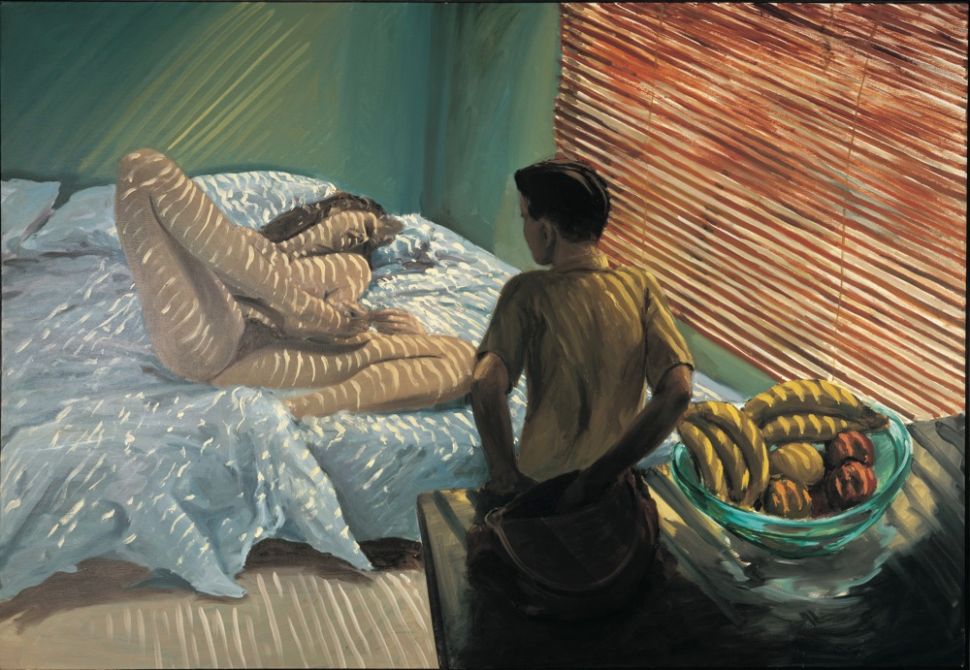