Voters head to the polls today to determine the mayor of Jersey City, New Jersey’s second largest city, and other key municipalities.

Mayor Jerry Healy is trying to fend off challenger Steve Fulop, a councilman from Ward E.

Other key races include Passaic, Hackensack and Asbury Park.

In Asbury Park, the retirement of Mayor Ed Johnson creates a battle for the city’s future. Incumbent Deputy Mayor John Loffredo heads a ticket challenged by Randy Thompson and his team.

Both teams are trying to profess change agent status in Hackensack, where former Police Chief Ken Zisa wound up in jail on fraud.

Retired Police Detective Kenneth Martin heads a ticket of similarly former somethings versus a field of newcomers and incumbent John Labrosse. Labrosse and his team are demanding change from the Zisa era. 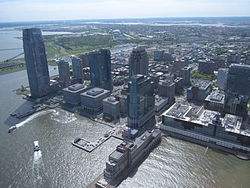