There was a great deal of scandal and intrigue this afternoon as The Observer headed down to the hottest ticket in town: the sidewalk outside of Amanda Bynes’ West 47th Street apartment.

Finding a clutch of bored paparazzi huddled on the asphalt opposite the Biltmore apartment block, we got to work buttering them up. Most of them assured us that they were “real reporters,” usually too busy with “The Middle East” to cover this sort of stuff. However, we discovered that the overwhelming feeling was that all is not as it seems in the world of the semi-retired former child actress.

We present to you the top five most outrageous paparazzi conspiracy theories (and the flaw in each of them) about Amanda Bynes:

Anyone who’s anyone has had their Twitter verified. Theresa Caputo, the Long Island Medium has had her account verified, so why not Ms. Bynes, who once starred in films grossing tens of millions of dollars? The most prevalent theory is that it’s not her behind the keyboard at all, since the content of her tweets had spiralled beyond the realms of a normal breakdown and now border on the hilarious, calling on rappers to “murder” her vagina.

Flaw in the argument: Her tweets are often accompanied by racily bizarre selfies, clearly showing the actress herself.

They never found the bong.

Fast becoming the grassy knoll of BynesGate, every single photog confirmed that the bong Amanda reportedly threw out of her window, leading to an arrest last week, has never been found. Since this was the catalyst for the explosion of media coverage, it would mean a vital piece of evidence is missing.

Flaw: It’s a really tall building. Her apartment is on the 36th floor. There are literally thousands of places it could’ve landed without people ever finding it.

The police entered her apartment illegally.

The real crux of the story according to the assembled paps was that the police violated her Constitutional rights against unreasonable searches by entering her apartment, since all she seemed to be doing was smoking a bit of weed.

Flaw: According to most sources, she foolishly invited the officers in when they knocked, something which is entirely legal.

She was sent to a psychiatrist in order to discredit her.

Following the dubious legality of her arrest last Thursday, some believe that she was sent for a psychiatric evaluation in order to make her seem more unstable, giving the police more leverage if any lawsuits were brought against them for their treatment of the star, which has now happened. They went on to justify the theory by the fact that she was immediately released.

Flaw: She turned up to court wearing a giant Dolly Parton wig and two acrylic nails. That’s grounds for an evaluation alone.

The police are letting the paparazzi do what they want since they messed up.

One photojournalist went as far as to suggest that the cops were turning a blind eye to the media’ harrassment of Miss Bynes, such as one photographer’s pestering of her this morning when she tried to enter her apartment. They say they’re not trying to crack down on the intrusion, hoping she’ll be photographed doing drugs or lashing out.

Flaw: The paparazzi always pester people, with or without police intervention.

Overall it seems that maybe the paparazzi have being staying up watching one to many episodes of the X-Files . Is Amanda Bynes really the crazy one? 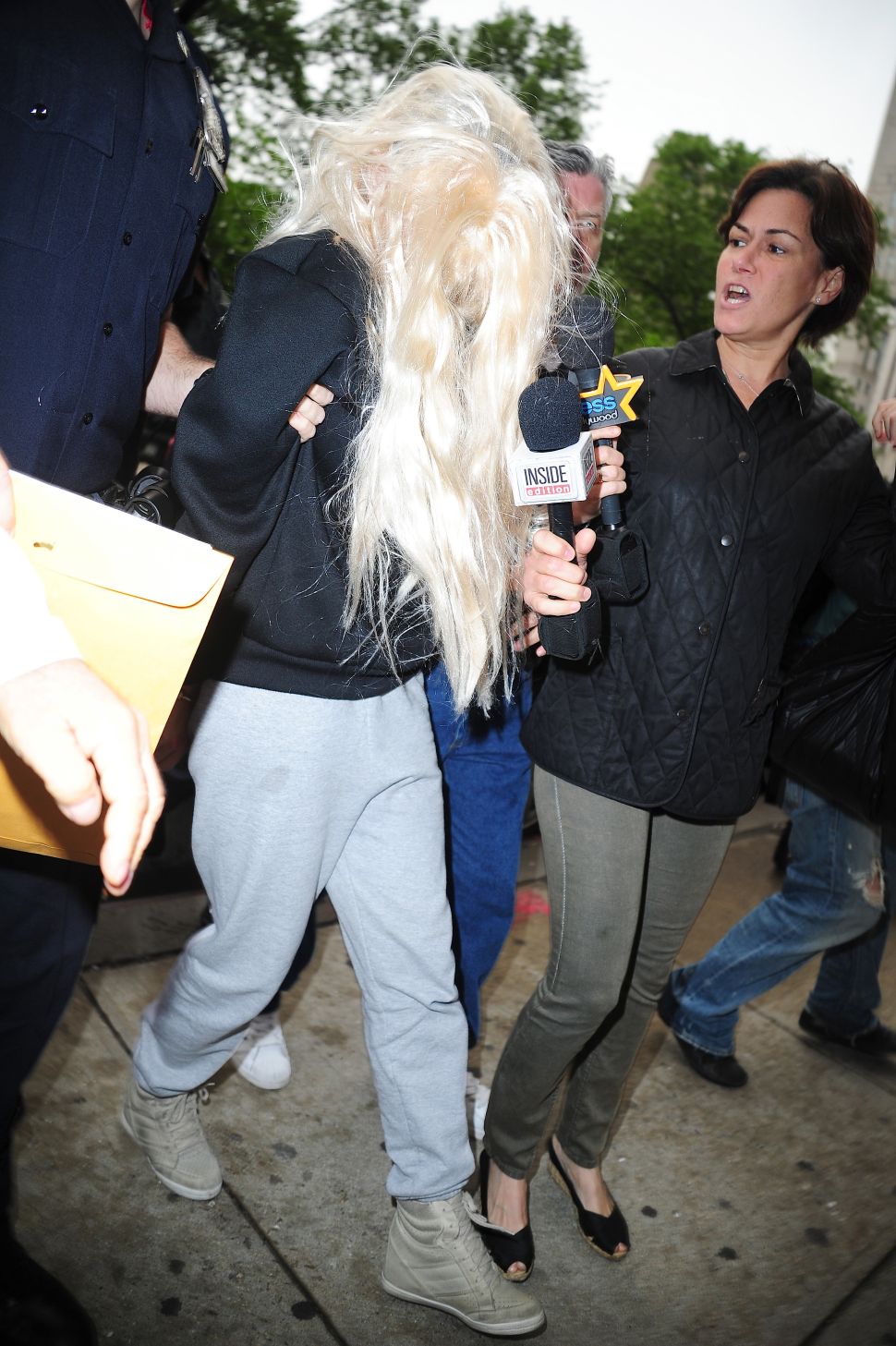