JERSEY CITY – A man in the local McDonald’s ordered 50 burgers.

He didn’t have to turn around for the crowd to see it was former Seton Hall University basketball star Jerry Walker. The local brand who once dunked on Dikembe Mutumbo towered amid the familiar decor.

He raised $50K for the mayoral race, and had almost $18K in the bank, according to the 29-pre election day report.

Today, his troops radiated a street presence in the candidate’s home ward and elsewhere, including the Heights. “I saved a lot of money for the end,” Walker told PolitickerNJ.com. “I knew I was going to put into GOTV today.”

Few think Walker can win, but if the mayor’s race goes to a runoff, the mayoral candidate could choose the winner.

In the meantime, he said he needed to go feed the troops, and at his headquarters on Martin Luther King Jr. Boulevard in Ward F, T-shirted partisans waited for their leader while distributing literature.

“While the others argue about which one is more corrupt, Jerry Walker works to build a bright future for our neighborhoods,” reads Walker’s main circulating mailer. 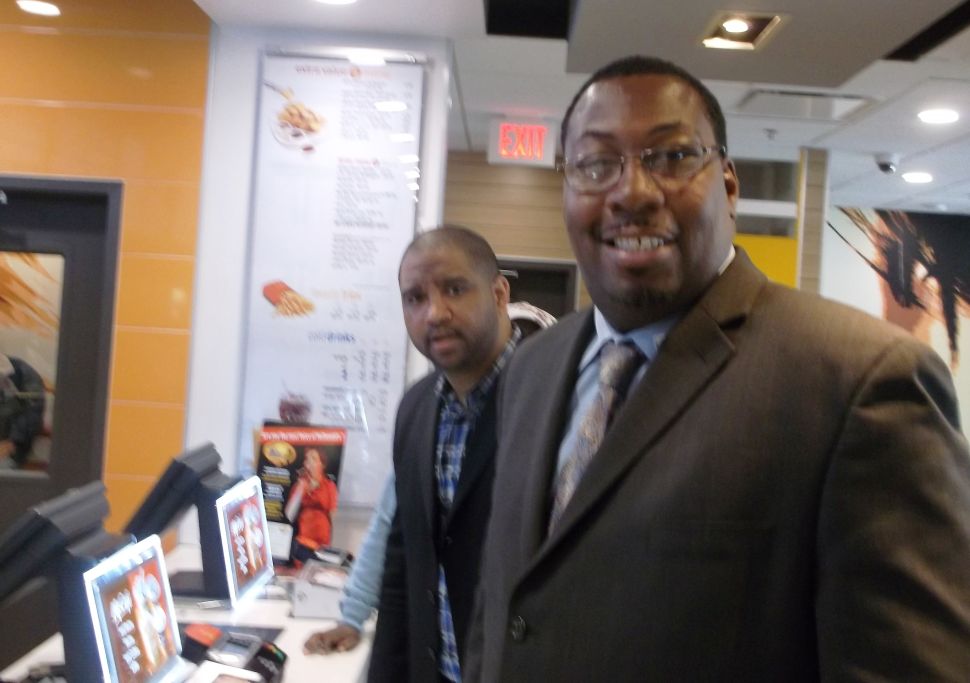