Gov. Chris Christie told the New York Post he had lap band surgery to slim down for his family.

But his incipient status as a 2016 presidential contender makes it hard to resist comparing him to past candidates for that office who trimmed fat to prepare for a run to become the nation’s chief executive.

The bass playing Arkansan shed over 100 pounds in the lead up to a 2008 presidential run. Huckabee’s southern charm won him Iowa, but he had to settle for a Fox News personality contract after failing to gain enough traction to beat John McCain for the GOP nomination.

People look to weight to gauge whether or not someone will run for office. But if Christie grows a beard, that probably means he won’t run for president – at least if you measure that behavior against Gore’s (pictured) wandering in the wilderness post devastating 2000 loss (*) to George W. Bush.

In addition to leaving people to wonder whether he actually did get stuck in the White House bathtub, the fattest president in American history left behind a distinguished legacy, including service as chief justice of the Supreme Court.

No, he didn’t have a weight problem, but the former governor of New Jersey insisted on cowboy boots to cover up his shorter than average stature. It proved a fool’s errand, particulalry considering his 1864 foe was America’s tallest president, Abe Lincoln, who had a habit of attracting Napoleonic Complex-addled challengers. 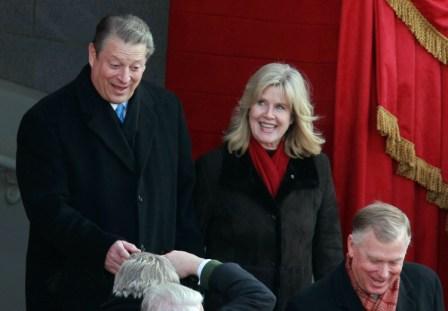