Horseshoe crab poaching is on the rise in New York and the city might have New Jersey to thank.

Monday night, the NYPD apprehended a group of men who were allegedly attempting to poach 200 horseshoe crabs from a Jamaica Bay island. A police helicopter conducting night vision exercises spotted the four men working under cover of darkness just before they sped off in speedboats leading to a high-octane, 30-minute chase, The New York Times reported. Robert Wolter, 28, and Joseph Knauer, 33, were apprehended, while the other two suspects remain at large.

The sharp-tailed arthropods, whose existence predates the dinosaurs, live mainly in shallow waters and crawl to shore in the early summer months to mate and lay eggs.

The U.S. Parks Department has been cracking down on increased horseshoe crab poaching in New York in recent years. The crabs are sold as bait in the eel, conch and whelk fishing industries, and a component in their blood is used to test pharmaceuticals for bacterial contamination, Marin Hawk, from the Atlantic States Marine Fisheries Commission, told The Observer.

“We put harvest quotas in place for each of the states,” Mr. Hawk said, “but New Jersey has put a moratorium on horseshoe crab harvest. That has provided the incentive for poaching in surrounding areas.”

This moratorium is due in part to New Jersey’s efforts to conserve the red knot, a shore bird that feasts on horseshoe crab eggs. In New York, they can be harvested only within the boundaries of the quota by licensed individuals, but the New Jersey moratorium has prompted an increase in illegal poaching in New York, experts said.

This story has a happy ending for the crabs, which were safely returned to their habitat. 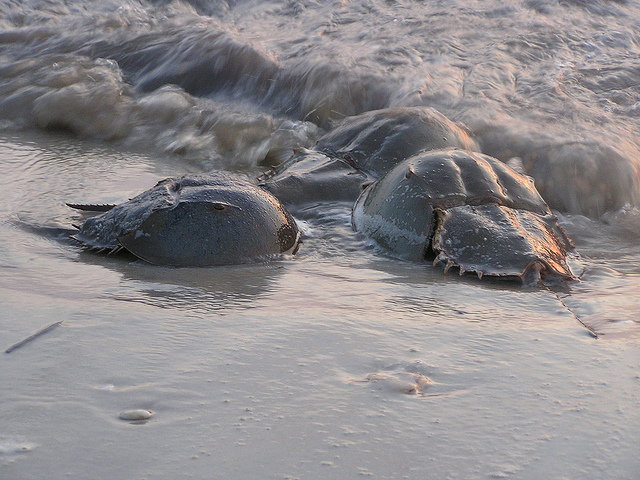