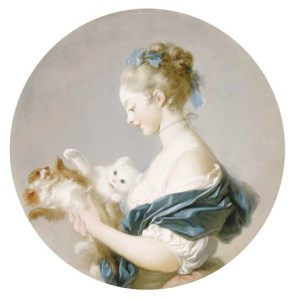 It’s shaping up to be a very fine summer here in New York.

The Mayor’s Office just reported that all eight of the city’s free public beaches will open tomorrow, Sandy be damned, and Zach Feuer and Untitled are showing a  bounty of Jewish artists.

Now White Columns comes bearing good news: writer and artist Rhonda Lieberman is organizing its summer show, and it is called “The Cat Show.” It has work by more than 50 artists, and will offer the opportunity to adopt cats from the East Village’s Social Tees Animal Rescue as part of a Cats-in-Residence program. (Which is great since I still feel stupid about not adopting one of Darren Bader’s cat sculptures in his MoMA PS1 show.)

The show runs June 14–July 27, with the Cats-in-Residence program on June 14–15 and July 19–20. On those days 10 cats will “lounge around and run amok in a pussy playground designed by architects Gia Wolff and Freecell.”

There are lots of great artists in this one, and lots of great puns in the press release, which follows below. A relevant Cory Arcangel cat piece concludes this post.

(Organized in partnership with the Social Tees Animal Rescue.)

White Columns is proud to present ‘The Cat Show’ curated by writer and artist Rhonda Lieberman, and developed in partnership with the Social Tees Animal Rescue, who will offer cats for adoption during ‘The Cats-in-Residence Program’ to be held in the gallery on June 14/15 and July 19/20.

CATS AND ART TOGETHER AT LAST

Cats and their cartoonish antics rule today’s Internet. But in the real world, many are very unlucky, especially those that land in the city pound, which destroys a shocking number of healthy, frisky and ultra-adoptable cats simply because they have no more room. Rescue groups can only save a fraction of them. Better adoption outlets are needed – but they are a low priority for over-extended rescuers.

‘The Cat Show’ will celebrate cats of all shapes, sizes and subjectivities. The conceptual brainchild of writer, artist and curator Rhonda Lieberman, herself the custodian of (only!) two cats, this large, eclectic group show will include cat-alytic work by over 50 artists.

The centerpiece, ‘The Cats-in-Residence Program,’ will allow 10 cats from the Social Tees Animal Rescue in the East Village to lounge around and run amok in a pussy playground designed by architects Gia Wolff and Freecell (John Hartman and Lauren Crahan), and hopefully even find purr-manent homes at the two adoption events that open and close the show. Every rescue cat adopted allows another one to be pulled from the city’s Department of Animal Control.

Recast as art objects/subjects as well as purr-formance artists, the rescue cats in the show have been all been anointed with art purr-sonas. “Meowrina Abramovic will be present,” says Lieberman. “as well as Bruce Meowman, Jeff Maine Coons, Claws Oldenburg, Alex Katz, Frida Kahlico and many others. ”

Lieberman’s felis-itous approach is meant to foster an unorthodox spirit of art-making and art-looking. “Art isn’t only for a meditative, aesthetic experience,” says Lieberman. “It can also be a conduit for the redemption of pussycats and people.” “The Cat Show” is not just about rescuing cats, it’s about re-skewing the notion of rescue with levity and gravity alike.

*Social Tees Animal Rescue is a 501c3 non-profit that, every year, takes over 3000 atrisk animals from kill shelters, gives them veterinary care and finds them loving homes. Founded in 1991. Social Tees rescues, rehabilitates, and places over 3,000 dogs, cats, birds, and exotics per year. http://animalrescuenyc.org