Picture a circular table with a lot of fretful faces around it all turning to one man and saying, “Now what?” That’s when the Hudson County overlord from North Bergen handpicked Vinny Prieto to run the party organization.

It isn’t like the Hudson County Democratic Organization is any great prize, so the Secaucus assemblyman could just as easily find himself on the losers’ side of the ledger (and Mark Smith on the winners’ side, for that matter, for having a chance to bail). Getting put in charge of the HCDO is akin to accepting the captaincy of the Raft of Medusa, or at least the SS Morro Castle.

Three Jersey City council candidates allied with beaten incumbent Mayor Jerry Healy cried “uncle” this week rather than pursue a runoff against Team Fulop, getting the mayor-elect closer (4-5) to a majority on the city council. The mayor-elect also burnished his alliance with state Sen. Sandra Cunningham (D-31) as co-chair of Fulop’s transition team along with Freeholder (and novelist) Bill O’Dea.

The congressman received the fright of his life on Election Night when the balloons cascaded down on top of Jersey City Mayor Steve Fulop, but it was clear this week U.S. Sen. Bob Menendez (D-NJ) won’t let any harm come to the congressman. Sires has been fitted for the meat hook before. In 2007, the HCDO quietly vowed payback for his decision to side with renegade Union City Mayor Brian P. Stack. But Sires made good, and then stuck his neck out for Jerry Healy last week in a losing cause. Word is Fulop won’t go against him.

The LD 34 Democratic challenger received a solid endorsement this week from the Star-Ledger. Off the line, Alexander remains a longshot in his bid to unseat state Sen. Nia Gill (D-34), Montclair, but the Ledger endorsement gave the Seton Hall University law professor (and former Obama State Director) a nice bounce.

Again, it’s like being given the keys to a brand new car and then finding out there’s nothing under the hood, but the Fulop operative is poised to take over from Craig Guy as executive director of the HCDO.

The governor picked off a Paterson Councilman and looks forward to the arrival next week of President Barack Obama for a show of bipartisan love at the beach in a gubernatorial election year. For her part, Democratic challenger Barbara Buono faces internal challenges in a divided Democratic Party, including sniping over her choice to lead the Democratic State Committee but she also went up on TV for the first time and pilfered a Republican mayor from Middlesex County, her first GOP get.

The likeable Democratic Party operative – and Healy right hand man – is out as the HCDO’s executive director, another casualty of last week’s election.

Aligned with Healy, the Hudson County freeholder is the latest elected official who must fend off the splash of the mayor’s failed re-election attempt. Hudson sources say Dublin needs to move quickly to counteract the associative sting of Healy’s loss.

It was like the Star-Ledger had the LD 34 senator’s face on the same dartboard as that of doomed Jersey City Mayor Jerry Healy. The paper of record’s endorsement editorial for challenger Mark Alexander had a particularly caustic take on Gill, calling her record lackluster and stained by her association with the Essex County Democratic Organization. That tainted outfit, by the way, is exactly the group that is expected to carry her to victory in the Democratic Primary.

The Healy-allied Jersey City council candidates won’t be on the ballot in the runoff elections next month. All three bowed out of the second round this week rather than resist Team Fulop. Brennan and Perez ran as at-large candidates. Meyers ran for a Ward B seat. 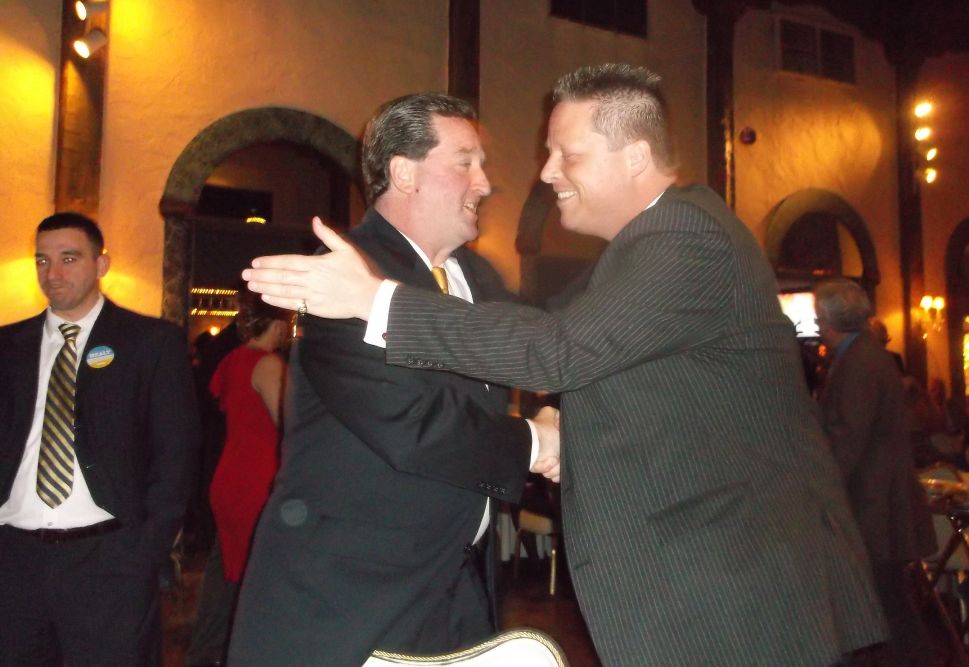