With endorsements this week from the Jersey Journal and Star-Ledger, the Jersey City mayoral candidate has momentum heading into Tuesday’s election.

The foghorn-voiced NJTV newsman’s rendition of “Drewniak” was the highlight of the New Jersey Correspondents Dinner. Acclaimed

The state Supreme Court this week denied the plaintiffs’ petition to remove Garcia from the ballot as an LD 33 candidate for the Assembly in the June 4 Democratic primary, allowing the Appellate Division decision to stand.

PolitickerNJ.com alumnus Tornoe will showcase his cartoons at WHYY’s NewsWorks.org event celebrating the evolution of the political cartoon. The event is set for Tuesday, May 14 at 7 p.m. at WHYY, 150 N. 6th St., Philadelphia.

GOP insiders marveled at the work of Christie’s chief fundraising mastermind, who helped haul in $6.2 million for the incumbent governor’s campaign.

The former Jersey City Schools superintendent (and Team Healy council candidate in Ward A) was Team Fulop’s target in mailers this week, reminding us once again that Epps receives the fattest pension in the state.

The tough guy Jets coach never got this kind of media attention when he underwent his own version of lap-band surgery.

The Hoboken councilman aborted his LD 33 Assembly candidacy after the state Supreme Court denied a petition by Bhalla allies to boot Carmelo Garcia off the ballot.

Senate President Steve Sweeney joined Barbara Buono in calling for the Newark Archbishop to resign given recent revelations that his diocese allowed a priest to spend time with minors when he was legally forbidden to do so.

The governor this week vetoed a bill that would have enabled early voting two weeks before elections.

In a competitive general election year and under pressure from his Republican opponent, the Passaic County sheriff announced last week his decision to end his and his department’s relationship with the Sheriff’s Community Outreach  Foundation, which has failed to release financial reports requested by The Bergen Record. 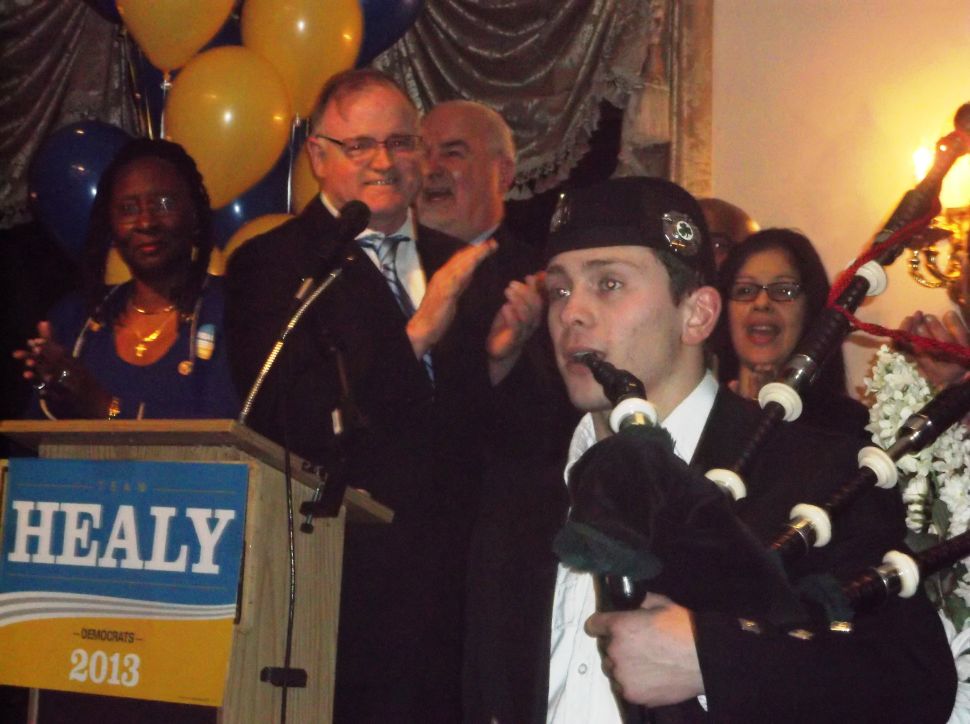