ATLANTIC CITY – Republican Gov. Chris Christie may be a formidable force for New Jersey Democrats to reckon with, but the outgoing state Democratic chairman says his party made great strides under the Christie tenure.

State Democratic Party Committee chairman Assemblyman John Wisniewski says he’s proud of his accomplishments as chairman over the course of the last three and a half years.

Wisniewski, who intends to step down next month, says the most recent drawing of the legislative maps is just one “testament to the strength  that Democrats” have in New Jersey.

“It’s been a pleasure to have the opportunity to lead New Jersey Democrats. I’m honored by the support I’ve received from leaders around the state,” Wisniewski told PolitickerNJ in Atlantic City during the New Jersey State Committee’s annual conference.

Proof of the party’s success over the course of his tenure is evident in the most recent national election, Wisniewski says, pointing to the margin of victory in the state by President Barack Obama and U.S. Sen. Bob Menendez.

And despite the soaring popularity of the state’s Republican governor, Wisniewski says he has little doubt about the poll numbers changing drastically as the gubernatorial races gets under way.

“While he is very adept at cleverly marketing himself, the facts don’t lie,” said Wisniewski, arguing Christie has “not lived up to his own promises” in the way of keeping property taxes down and the state’s pension system in check.

“He has not lived up to his own benchmark,” the chairman said.

As for New Jersey Democrats, Wisniewski argues they “enjoy a numerical advantage” and says he believes state Sen. Barbara Buono can – and will – clinch the November election. 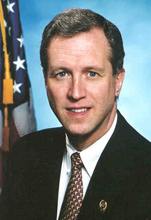