PATERSON – There were more people packed into today’s press conference than probably liked his performance in a forgettable WWII submarine flick from the 1990s.

He thanked the governor for signing the bipartisan Overdose Protection Act (S2082) into law at the Turning Point drug rehab center in Paterson then skidooed.

“He doesn’t just look for a soundbite or write a check,” Christie added.

Christie and Bon Jovi talked about two or three times about this legislation – at length, said the governor, who came to agree with the rock star – and that other Woodbridge kid celebrated today – but not named Richie Samboro.

“We wouldn’t be here without the insistence of Joe Vitale,” Christie said, giving a nod to the Middlesex lawmaker.

The governor said the legislation takes a two-prong approach to help prevent drug overdose deaths in New Jersey. First, it provides legal protection to people who are in violation of the law while they are attempting to help a drug overdose victim. Secondly, it eliminates negative legal action against health care professionals or bystanders who administer overdose antidotes in life-threatening situations.

“No life is disposable, and this bill represents a giant leap forward in New Jersey’s commitment to protecting and preserving all life, particularly when people need it most,” said Christie. “As elected officials, it’s our obligation to ensure that we are doing everything we can to prevent tragic deaths from drug overdoses, and I believe this bill will do that. I’m grateful that we were able to come together and reach this bipartisan compromise and take meaningful action on this very important issue today.”

There was another person present, neither rock star nor politician.

“As someone who has lost my son to an overdose, I know all too well the tragic consequences drugs can have,” said Patty DiRenzo, a Blackwood native whose son died from a heroin overdose in 2010. “If people are no longer afraid of getting arrested in overdose situations, they will be more likely to call 911 and get help. This new law will save lives, and I am grateful to Governor Christie and the Legislature for all their efforts in making it possible.”

According to a governor’s office release, the bill, which passed the Senate 24-1 on Monday, combines important aspects from the Opioid Antidote and Overdose Prevention Act with the Good Samaritan Act, which Governor Christie recommended changes to in October 2012. 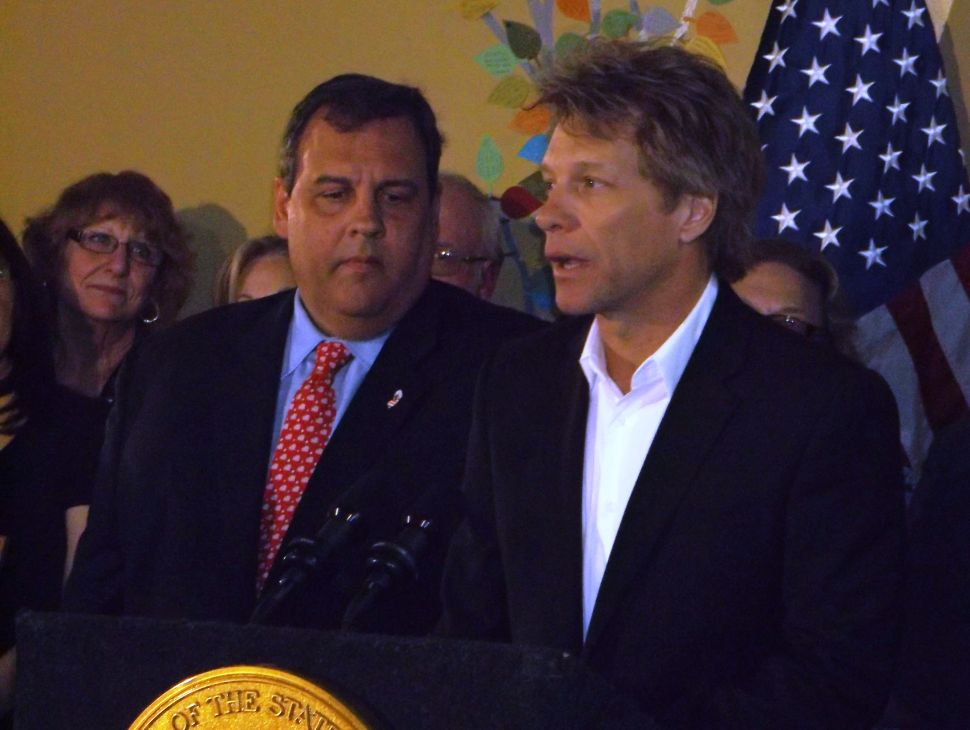