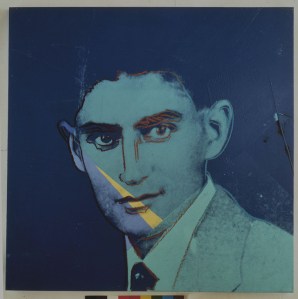 (Not in the show, this is just for fun)

We’ve been hearing about a lot of group shows for the coming months, as we head into the low-key summer, but yesterday we received a strong entry into this already crowded field. Might be a front-runner.

The full press release follows. I’m also going to post a video of Adam Sandler singing “The Hanukkah Song” below that, because someone should make a version of that song incorporating all these artists’s names.

We live in a time of survey exhaustion. There’s no ethnic group that hasn’t been neatly encapsulated, no far-flung city that hasn’t been given a biennial to host. For a while, it was just Dakar, São Paulo, Istanbul, and Osaka, but now even the tertiary and quaternary hubs, Ouagadougu, Antananarivo, Ulaanbaator, and Manaus, are booked solid. The same goes for earth’s cohorts. Every time you turn around, somebody is giving us a glimpse of what’s going on among the Aleutians, the Maori, the Ainu, the Uzbeck diaspora. There’s nobody left to survey, and nowhere left to do it. 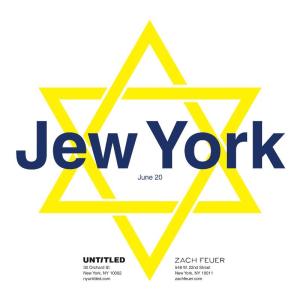 So we figured our only option was to do a show of Jews, and do it in New York.

UNTITLED and Zach Feuer invite you to join them as part of their summer long foray into the contemporary work of America’s Jews in their natural habitats – the Lower East Side and Chelsea – and help make all of our mothers kvell.