With almost half of restaurants earning an A on their first inspection, anything but top marks can be considered failing.

That’s why the results of the Huffington Post‘s investigation of letter grades given to restaurants serving various cuisines were so intriguing. According to its study, the city’s ethnic restaurants have some of the fewest A ratings. Pakistani and Bangladeshi restaurants had the lowest percentages of A ratings in particular, with 54 and 58 percent of those restaurants, respectively, receiving grades lower than an A.

“We often see restaurants getting B’s going out of business simply because of market forces,” said Andrew Mosel, a spokesperson for the New York State Restaurant Association.

The results, which show that restaurants that serve ethnic cuisines receive disproportionately lower marks, raise the question if culture, not cleanliness, costs small businesses their success.

“Its much easier to have a three-grill hamburger bar comply with standards than an elaborate kitchen,” said Mr. Mosel.  “And these regulations take a lot of money to comply with; maybe certain types of restaurants are less likely to have that money.”

Here are the complete results of the Huffington Post‘s findings:

While Mr. Mosel credits the current grading system with “making restaurants pay more attention to the standards,” the system has drawn some controversy lately.

“The system has negative consequences for the restaurants, as well,” said Mr. Mosel. “The fines and cost of compliance are so high that some smaller businesses can’t even make it.”

A group of NYC restaurateurs have put together a $150 million lawsuit to battle the fines.

Their filing claims that city’s fines associated with the grading system “create a revenue scheme for the city of New York in a confusing manner to extract monies through the issuance of violations on hardworking mom and pop stores trying to make a living.”

They claim that the system is unconstitutional and is an unfair tax on small business.

A spokeswoman for the city law department told The New York Post the suit is a “rambling, scattershot attack on the city’s regulation of food service establishments.” She added that it “lacks merit and should be quickly rejected by the courts.” 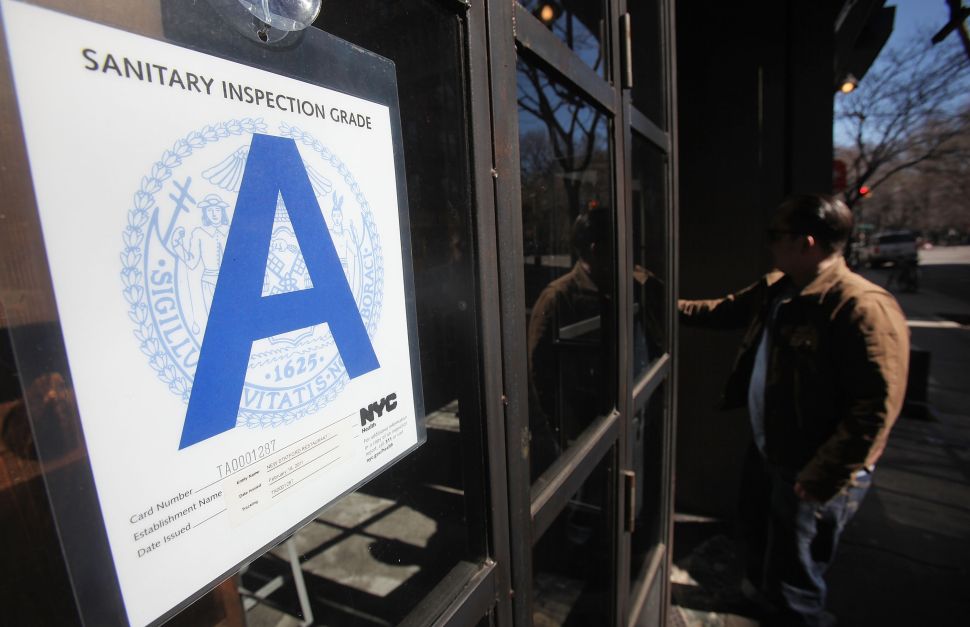