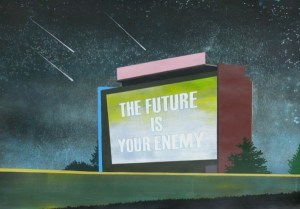 The Abraaj Group Art Prize, which highlights artists from the Middle East, North Africa and South Asia, has announced this year’s five winners. This recipients of the sixth-annual prize include Abbas Akhavan (Iran), Anup Mathew Thomas (India), Bouchra Khalili (Morocco), Kamrooz Aram (Iran) and Basim Magdy (Egypt), who is represented in New York by Newman Popiashvili Gallery in Chelsea. Mr. Magdy’s most recent show there, “A Steady Progress of Nothingness,” closed last month on May 11. The winners, who were chosen on the basis of plans for new artworks, will create the proposed pieces for exhibition in the next edition of Art Dubai in March 2014. The works will be acquired by the Abraaj Group Art Collection.

This year’s selection committee consisted of Glenn Lowry, director of the Museum of Modern Art; Antonia Carver, director of Art Dubai; collector Dana Farouki; art historian and curator Salwa Mikdadi; Murtaza Vali, the Abraaj Group Art Prize 2013 guest curator; and Jessica Morgan, the Daskalopoulos Curator of International Art at Tate Modern. Ms. Morgan is on an award-giving roll, having just acted as president of the International Jury for the Venice Biennale, which selects the recipients of the exposition’s Golden and Silver Lion prizes.