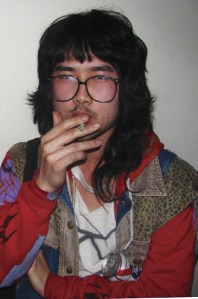 We’re fans of Korakrit Arunanondchai over here at Gallerist and are not afraid to admit it. So we were thrilled to see him featured as a “Do” in Vice magazine’s popular “Dos and Don’ts” feature.

No telling when the photo’s from. The text describes him as appearing “artistically… so beyond what I will ever be able to understand that instead of listening to him talk it’s better just to nod while quietly trying to figure out which type of Asian he is.” Sounds about right.