Phew! No more fumbling with bike chains or cradling a helmet awkwardly under one arm all night long. Fixi enthusiasts attending the Barclays Center last night finally had the option of ditching their bicycles in style with a trial run of a valet parking service.

The service was offered by Transportation Alternatives, an advocacy group for bicycle and public transportation. Like a typical valet service, workers stored concertgoers’ bicycles and helmets in the existing bike racks in exchange for a ticket, free of charge.

“We hope that if people know that there are valets here keeping an eye on bikes while an event is going on, they will feel more comfortable riding their bikes to the event,” Evan Feldman of Transportation Alternatives told NY1.

The Barclays Center has actively promoted using mass transit to get to the stadium, and with the advent of warm weather there has been a push for two-wheeled transportation as well. But so far, The Wall Street Journal reported, the 400 bicycle racks at the corner of Sixth Avenue and Dean Street have been mostly deserted.

Mayor Bloomberg even showed up to promote the initiative, which was rolled out for a concert by indie band The National. Members of the band cycled over from their homes in Ditmas Park. “This just shows you another way to get around town,” Mayor Bloomberg told the press. “It’s the newest transportation system that we have in this city.”

Bryce Dessner, The National’s guitarist, said, “We ride our bikes all the time, so it was just a natural.”

Bike valet services have also been successfully offered at Prospect Park’s Celebrate Brooklyn, the Great Googamooga food festival, and Movies With a View at Brooklyn Bridge Park, and will be rolled out this summer for the Williamsburg Waterfront Concert Series–naturally. 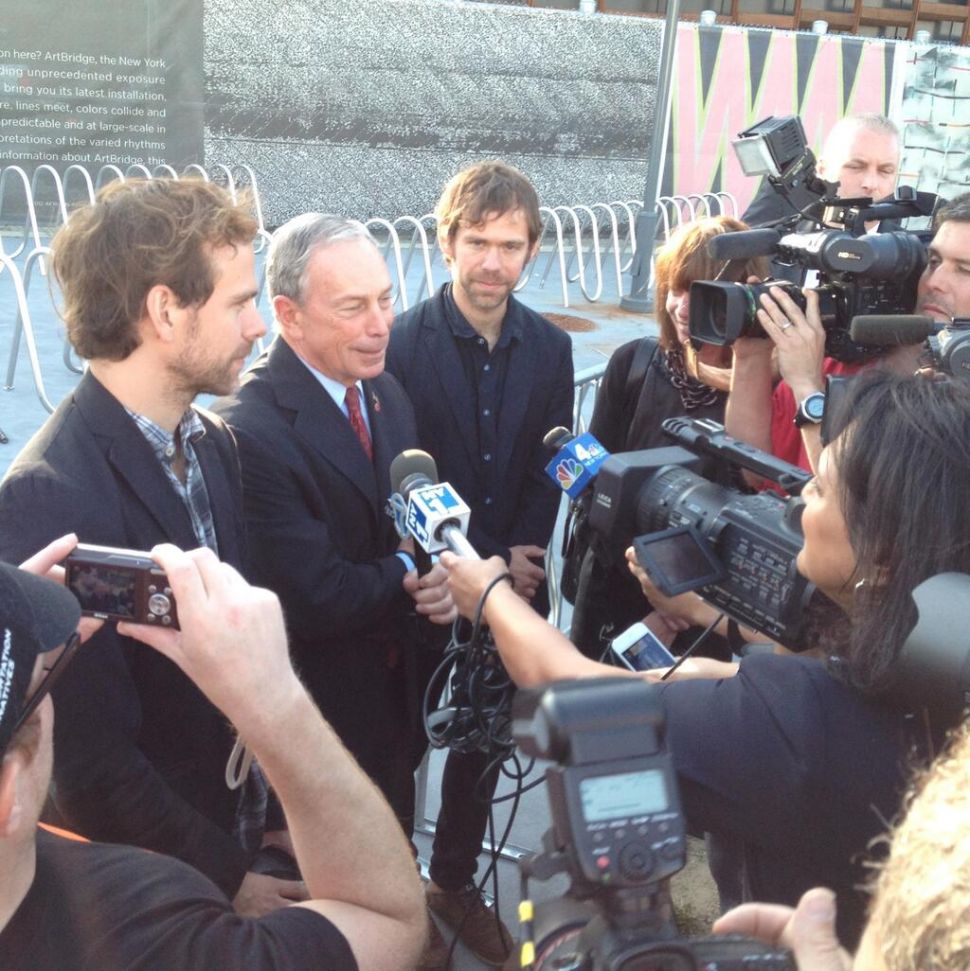