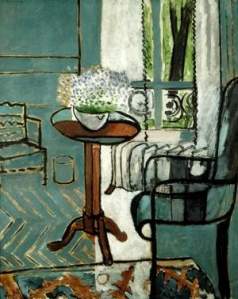 If you’d like to hear the argument for selling off the Detroit Institute of Arts’ collection, head over to Bloomberg, where Virginia Postrel lays out the whole thing with more sensitivity than you might expect, if the idea of giving up on a major American city seems ludicrous to you.

The crux of her argument is that if the artworks were only sold to institutions in cities with larger populations they might be seen by more people, which is absolutely true and fine if you don’t mind the people of Metro Detroit being deprived of one of their few remaining cultural resources during the city’s darkest period ever.

If I lived in Detroit, I’d want to keep these artworks, too. And if I were a museum employee, I’d be particularly demoralized. The DIA has in recent years shown itself a responsible financial steward, and last August won voter approval in three surrounding counties for its first dedicated property-tax funding.

…
Parochial interests aside, however, great artworks shouldn’t be held hostage by a relatively unpopular museum in a declining region. The cause of art would be better served if they were sold to institutions in growing cities where museum attendance is more substantial and the visual arts are more appreciated than they’ve ever been in Detroit. Art lovers should stop equating the public good with the status quo.

It’s a well structured essay that some will no doubt find pretty outrageous, since the DIA already has so few friends.