“Despite the challenges, there is something we know in our gut, that we as a people are bigger than any of our challenges,” said Booker, who has served as Newark’s mayor for seven years. “There is nothing we can’t do together. It’s a question of do we have the collective will. We have kids, as we know too much in Newark, getting murdered, and yet we can’t pass common sense gun safety laws, like requiring background checks on every gun in America.”

He paid tribute to the late U.S. Sen. Frank Lautenberg, who died Monday, whose seat Booker seeks in a special Democratic Primary in August.

The favorite by virtue of name ID, the popular Booker is competing in a special Democratic Primary in a field that includes U.S. Rep. Rush Holt (D-12), who formally kicked off via email blast on Thursday; and U.S. Rep. Frank Pallone (D-6), who will launch sometime in the coming days, sources say.

Booker said he had no opinion on the specific challenge to Gov. Chris Christie’s decision to have a special election instead of including the Senate election on Nov. 5 with the gubernatorial contest.

The law firm of Shain and Schaffer filed the brief yesterday in Superior Court.

“I have not read it,” Booker said, who added that as a mayor, given the anticipated expense of a special election, estimated in some reports to be as high as $24 million, he would have preferred to save that money.

“I obviously would have preferred that,” he said.

PolitickerNJ.com asked Booker if he intends to lean on national contacts to get the election re-scheduled to coincide with the gubernatorial election.

He did not say he intends to do so.

A childhood hero of Booker’s, former U.S. Senator Bill Bradley accompanied the mayor at the podium.

“I am very delighted to endorse his candidacy for the U.S. Senate,” said Bradley, who held the Senate seat in question for 18 years.

Bradley said he believes politics can be a noble profession, not a dirty business, and Booker embodies that principle.

“Bill Bradley has been a friend, and the right kind of friend. The good friends tell you what you need to hear.”

A Booker fan club marched sedately onto the stage shortly before the mayor appeared and applauded throughout his kickoff.

A reporter asked the mayor during a Q and A if he thought he was letting down the people of Newark by leaving his term of office early, before the 2014 local election.

“I’m saddened by the circumstances,” he said, referring to the death of Frank Lautenberg. “I had great plans to finish (the term). But the reality is we have put so much into the pipeline here in Newark.”

He referenced Gov. Chris Christie and noted that he doesn’t agree with the Republican leader on cutting the earned income tax credit, planned parenthood, marriage equality and the environment, but they have worked together in the public interest, he said.

“We have no intention of going negative,” the mayor added. “The people I’m hearing I have done fundraisers for. I do not plan on running a race planning to trash him (Holt).”

He noted he doesn’t know Pallone “as well” as Holt, but does not plan to bash the veteran congressman in the short runway election.

“I’m hoping we can get to a different politics in America,” the mayor said. “What I’m going to do – I don’t just talk about issues. We can point to things. We… started an after-school program for gay and lesbian and transgender teens; creating the foresclosure prevention task force and doubling affordable housing.” 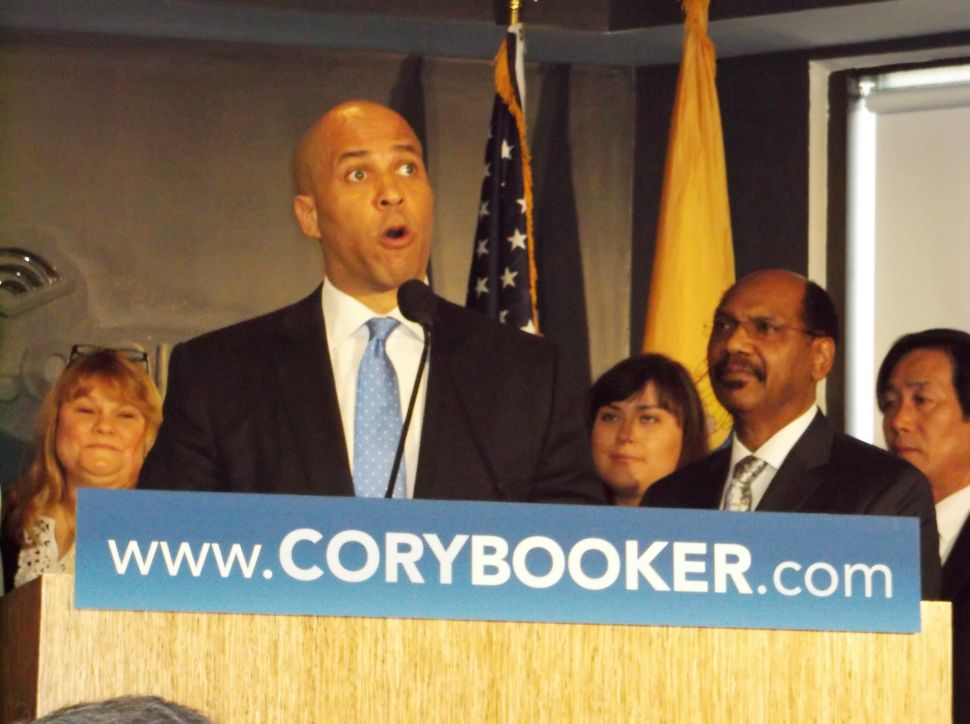