Count your blessings, anti-nightlife Lower East Siders. Hell’s Square was once far more hellish than it is today.

A Christian Union newspaper article, published on Feb. 19, 1885, reveals that the Lower East Side of past housed nearly five times more drinking saloons than the bars of today—346 to the current 74.

According to the article, the area—spanning Rivington Street to 14th Street, from Avenue B to the East River—was known as “Beerdom,” which sounds pretty awesome.

Yet even with the saturation of saloons, the article notes that the region’s dwellers were likely far more religious, too. Situated about Beerdom are 19 churches, compared to today’s 4. (God is great, beer is good, and people are crazy, amiright?)

It looks like this balance of revelry and repentance, however, was the key to a respectable citizenry—the reporter found that the Germans, who made up the majority of the region’s immigrants at the time, were living life right:

“Unlike his Irish and Yankee cousins, [the German] does not make a great noise and hurrah over his cups, and wind up with a street brawl. He gathers unto himself a few kindred spirits, and together…they guzzle beer until none of them can see. In the morning they come out with queer-looking eyes, but … the whole spree has been conducted in a decent and orderly manner.” 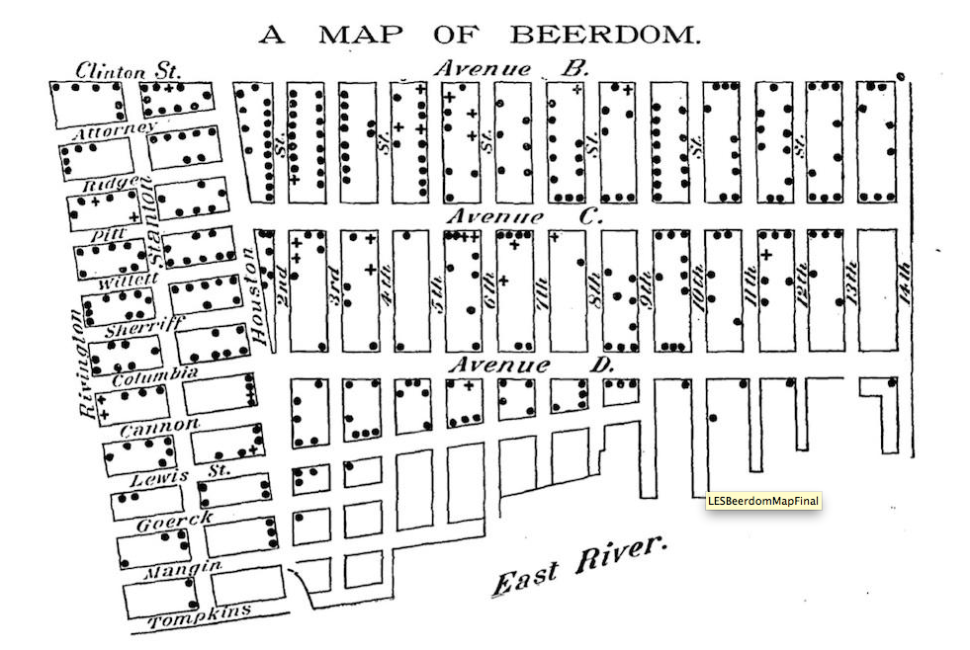