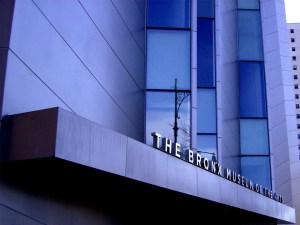 The Bronx Museum of the Arts announced that it has raised $1 million for acquisitions and has added works by Vito Acconci, Elizabeth Catlett, Öyvind Fahlström, Glenn Ligon, Raphael Montañez Ortiz, James Shabazz and Martin Wong to their collection.

The news comes from The New York Times, which reports that the museum “is typically able to spend $10,000 to $50,000 a year for acquisitions, and it receives donations and bequests of work.” This round of fundraising was supported by a $500,000 grant from the Ford Foundation in 2012.