MOUNT LAUREL – Gov. Chris Christie says he’s “not going to double cross” legislative leaders by brandishing his line-item veto pen this year, rather the governor intends to sign the budget as is within the next few days.

Christie told reporters the nearly $33 billion budget plan lawmakers sent to the governor’s desk Monday is “a good budget for the state,” saying the proposal accounts for about everything the governor wanted in a package when he gave his budget address earlier this year.

“I used the line-item veto the last two years in non-negotiated budgets,” Christie said. “This year they chose to negotiate with me.”

The governor indicated the budget will be signed before the end of the week.

But on the issues top legislative leaders and the governor couldn’t agree on – namely a tax relief proposal he introduced this year – Christie says they’re not going away.

“At some point … you’ve got to stop banging your head against the wall,” Christie responded when asked why conversation regarding a tax cut proposal has been muted in the Statehouse in recent weeks – including from Republican lawmakers.

The governor said candidly he did discuss the proposed tax cut with Senate President Steve Sweeney and Speaker Sheila Oliver in the lead-up to the budget negotiations, but explained it was a nonstarter.

Democrats, including Sweeney, have been vocal in recent weeks about their support for a tax cut, but only if the revenue is there to support it.

The lack of a proposal being part of the recent budget is grounds for the governor to “go over [their] heads” in the coming weeks and make the topic a campaign issue, Christie said.

“I will make it an issue,” the governor said.

“This will be a big issue and I will make it a big issue,” he promised. “You’ll get plenty of it between now and Nov. 5.” 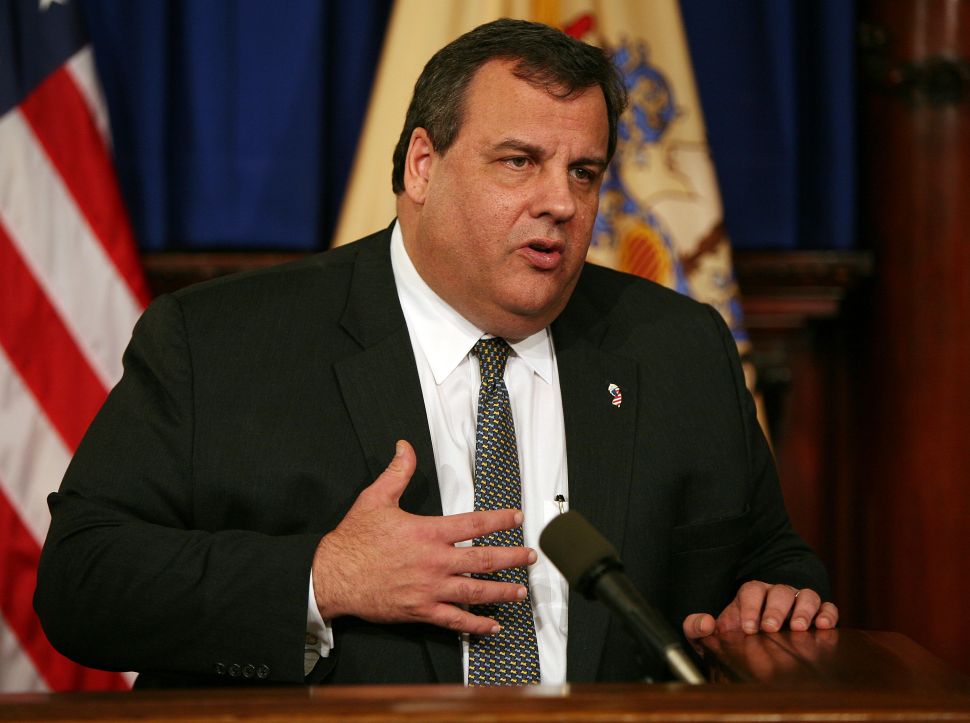