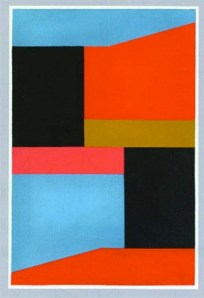 Untitled (1957), a painting attributed to Ivan Serpa that was one of 10 works withdrawn from the Christie’s sale. (Courtesy The Art Newspaper)

Within a week of one another, Christie’s and Phillips pulled works from their Latin American sales after doubts were cast on their provenance and authenticity, The Art Newspaper reports. Christie’s withdrew 10 pieces by Brazilian artists from its sale (which took place on May 29 and 30) after various outside authorities on the artists’ estates expressed concern about the legitimacy of the works, which all stemmed from the Rio de Janeiro-based collection of Ralph Santos Oliveira. According to Mr. Santos Oliviera, he was selling on behalf of his grandmother, who suffers from Alzheimer’s disease and cannot remember where she purchased the pieces in question. Phillips removed a work by Alfredo Volpi from its Latin American sale on May 23.

If you’re into counterfeiting, Brazil is apparently the place to do it. The auction withdrawals point to a loophole in Brazilian law, which does not punish art forgery as a criminal offense. Attorneys representing the estates of several Brazilian artists are looking into getting the government to fix this.