“We are proud to support Christine Quinn for mayor, an unmatched advocate of working families in New York,” George Miranda, president of Joint Council 16, which represents 29 local union chapters, said in a statement. “Christine Quinn has laid out an ideas-driven agenda, backed up by a real record of delivering, and her plans for New York are rooted in her middle class background and a vision for New York where working families can continue to live and work here.”

Ms. Quinn has so far earned several union nods, including the Retail, Wholesale and Department Store Union and United Food and Commercial Workers Union Local 1500, among others. The unions have failed to rally around a single Democratic candidate, as many leaders had once hoped.

In a statement, Ms. Quinn, who is set to formally announce the endorsement at a press conference this afternoon, thanked the members for going her way.

“The men and women of Teamsters Joint Council 16 represent the best of our city: hard working New Yorkers, who day in and day out help make this City run,” she said in a statement. “I know firsthand the important role organized labor plays in providing economic security for families throughout the five boroughs. As mayor, I will do everything in my power to ensure that we continue to create good-paying jobs for hardworking families and put in place policies that make it easier for working families to continue to live, work, and raise a family in this City.”

Although the Teamsters represent a large head count of voters, the labor group’s support isn’t quite as coveted as some better-organized unions such as the Hotel Trades Council, Service Employees International Union, Local 32BJ or the powerful United Federation of Teachers, all of which have yet to weigh in on the race. 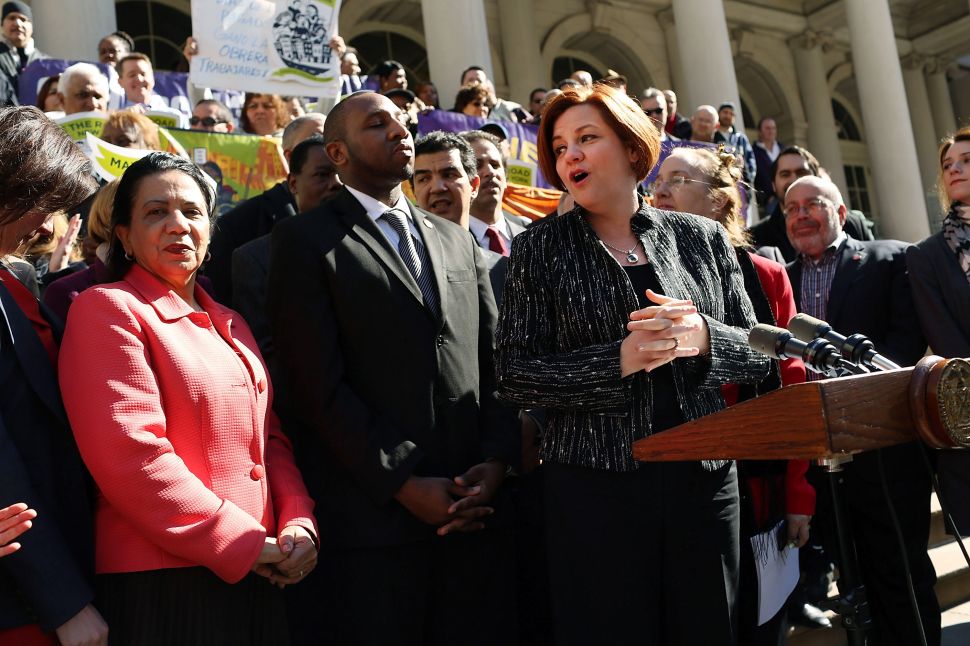