It looks like money does grow on trees—and that’s not a good thing.

The City of New York has quietly awarded a Google engineer who sustained life-altering injuries from a falling tree limb in Central Park a cool $11.5 million, it was recently revealed.

Sasha Blair-Goldensohn was struck by a rotten Pine Oak branch on his way to work on July 29, 2009, fracturing his skull and partially severing his spine. He  sued the City of New York and the Central Park Conservancy for the injury, claiming that their negligence and lackluster maintenance of trees under their care caused the situation.

According to The Post, the 15-foot, 100-pound limb was deemed dangerous 20 days before it struck Mr. Blair-Goldensohn, but was not immediately removed.

“The limb’s condition should have been readily apparent to the city and the Central Park Conservancy, who were responsible for the maintenance of the park,” Mr. Blair-Goldensohn’s lawyer said in a statement in 2009.

The news arrived not long after the city awarded $3 million to the family of an Albanian immigrant killed by a falling branch in Central Park. Elmaz Qyra, 46, was struck and killed on February 25, 2010, just over six months after Mr. Blair-Goldensohn. A slew of similar accidents impacted the lives and livelihoods of New Yorkers over a particularly devastating 11-month period.

With over two million trees within the city, both in parks and on the streets, and increasing cuts to programs dedicated to tree care, its seems unlikely that the problems will decrease in future years. Ten major lawsuits concerning falling branches were filed in the last decade, according to a 2012 New York Times report.

A city spokeswoman told The Post that “we hope [the settlements] have brought a measure of closure to the plaintiffs’ families. Ensuring that parks are safe and enjoyable for residents and visitors is vitally important. New York City dedicates substantial resources to this work every year.” 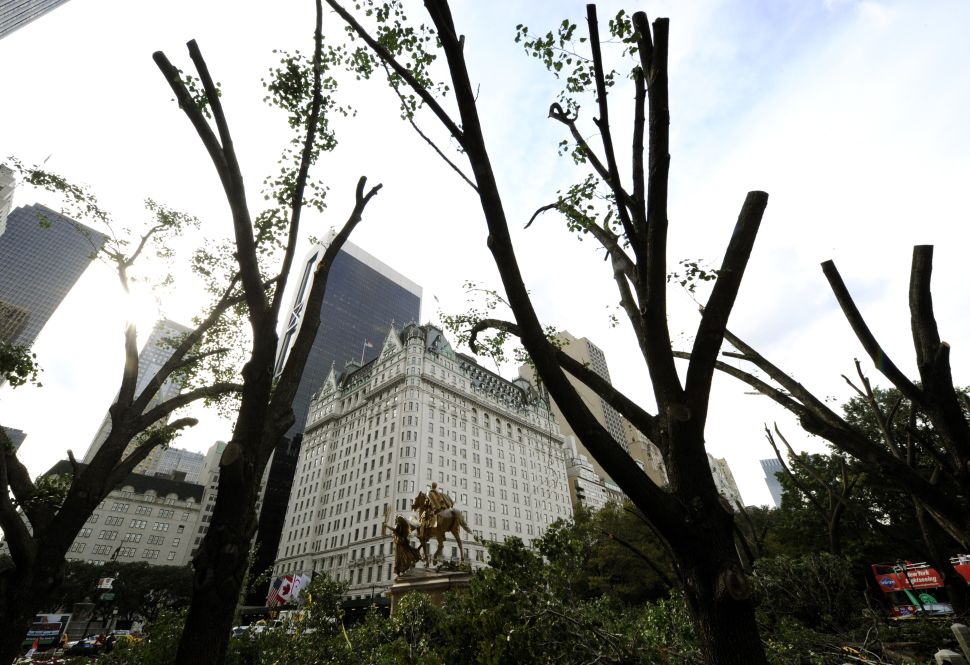