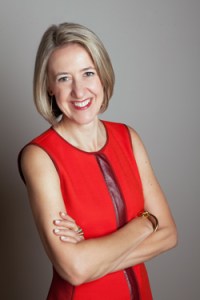 Big day for design here in New York. The Met named a new head of design, and the Cooper-Hewitt National Design Museum appointed a new director, Caroline Baumann, who had been serving as acting director since its previous director, Bill Moggridge, died last year. Thanks to ArtsBeat for pointing us to the news.

“Caroline is passionate about design and reaching people—physically and digitally—with its lessons and insights…She has been key in the museum’s growing success over the years and has been especially adept at forming substantive partnerships in New York, in Washington, across the nation and, indeed, around the world.”

She had previously served at the Cooper-Hewitt as associate director, acting director and deputy director between 2006 and 2009, according to a news release from the museum. Prior to joining the institution, she worked at the Museum of Modern Art, and helped raise money for its Yoshio Taniguchi–designed expansion.

The Cooper-Hewitt is currently undergoing a $54 million expansion of its own and plans to reopen next fall.