Assemblyman Albert Coutinho (D-29), Newark, suffered a heart attack this morning and is in stable condition at St. Barnabas Hospital, according to his family.

A proud son of the Ironbound, Coutinho has been preoccupied lately with the health of his family, including his father and his brother.

A member of the budget committee, the 44-year-old Coutinho has served in the Legislature since 2008. In addition to his governmental duties, he is known locally for his considerable work as a leader and organizer of youth soccer in the Ironbound.

He is resting now. 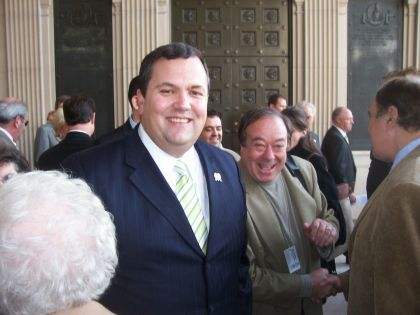