They actually freakin’ love one another.

That was the message at this morning’s unity breakfast held by Democrats who spent the last several months in ravenous cannibalizing mode.

“We’re a big tent party,” said one of them, choosing Democrats’ favorite expression to characterize political suicide as a virtue and texting on condition of anonymity lest the remark be parsed.

The party members found their way to their last scene of past glory: the Heldrich Hotel in New Brunswick, where in 2011 they crafted a redistricting map they apparently thought could withstand all manner of future self-inflicted damage.

State Sen. Donald Norcross (D-5) was in the room.

Assembly Majority Leader Lou Greenwald (D-6) was in the room.

Many standing ovations punctuated the clatter of breakfastware. 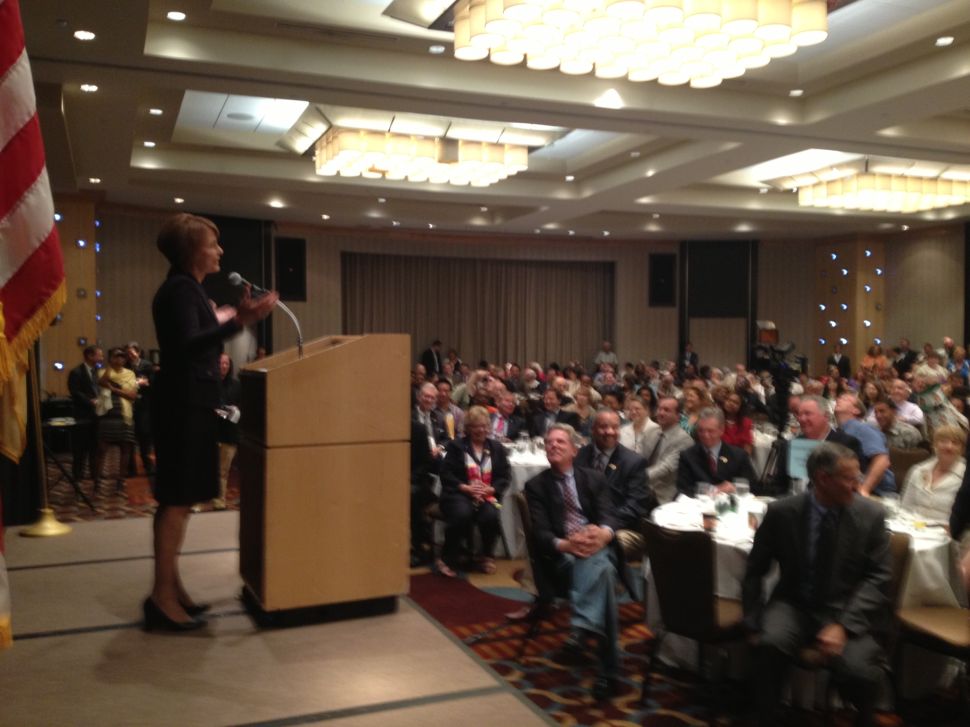