NEWARK – Joe DiVincenzo, the powerful county executive from Essex County, stood amng reporters this morning in the half hour lead up to Mayor Cory Booker’s campaign kickoff for U.S. Senate.

“I’m with Cory,” DiVincenzo told PolitickerNJ.com. “I’ve been with him, and I’m going to continue to be with him.” 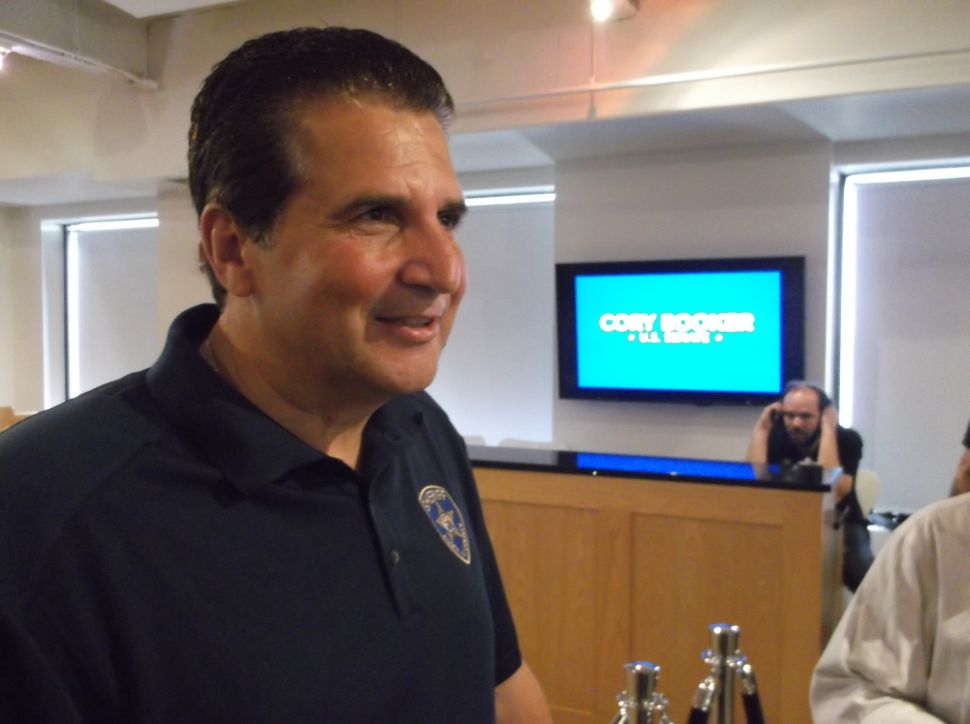