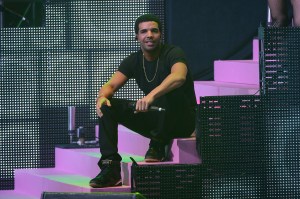 GQ has a new interview with Drake who, though he was only 25 when he came to be sitting on $25 million (not literally), says he wants to be as rich as one of the art world’s favorite patrons. From the article:

“He muses aloud about money. Yes, he wants it—for what it can buy, for what it signifies. He vowed he’d bank $25 million by the time he was 25—and he did—and now he’s wondering what it would take to run his life, with a wad of perpetual pocket money, at the level he wants. With the private jets and cribs, the vacations and hotel suites for the crew. He’s talking about Roman Abramovich, the Russian billionaire and owner of the Chelsea Football Club, whose yacht Drake believed cost $550 million.

“‘Do you know that even if I had $250 million in the bank, I couldn’t buy half of that?’ he says. (Turns out the yacht actually cost $1.5 billion.) ‘Rappers aren’t the really rich ones. We all have nice houses with studios and cars, but you need a piece of someone’s business to be super wealthy.'”