A Brooklyn-based lawyer was arrested this weekend after trying to skip out on a $6 taxi fare, then stripping off her underwear and throwing them at police officers who tried to intervene.

A surveillance video obtained by The Post shows Stephanie Hendricks, 39, entering a Williamsburg delicatessen followed by police. A few seconds pass and she emerges bottomless and lunges at the officers.

The official police report states that police “saw her getting out of the taxi, trying to avoid paying the legal fare,” an NYPD spokesperson told The Observer. “She yelled at the officers, calling them derogatory names, and asked them to perform a certain sexual act on her. She lifted up her dress, exposed her nether regions and ran toward the officers, trying to punch and kick them as they attempted to arrest her. She resisted arrest by lying down on top of her arms so that the officers couldn’t handcuff her.”

According to The Post, Ms. Hendricks allegedly yelled, “Suck my pu–y,” and “Eat my ass, you f–ing pigs!” at police. Mohammad Rahman, the deli’s owner, told The Post that “she opened her clothes in front of the police officer. She looked crazy.”

Ms. Hendricks spoke to The Post, “My boyfriend broke up with me. I went out. I got drunk. I had a bad night. … I have no recollection from a certain point in the evening.”

She was charged with intent to defraud by obtaining transportation without pay, resisting arrest, disorderly conduct and exposure of her person. She told The Post that she regrets her behavior, and has tried to apologize to police.

Ms. Hendricks’s law firm, based in Brooklyn, serves New York businesses, startups, and entrepreneurs, according to their website. One client review praises Ms. Hendricks’s “analytical, rational-minded and strategic approach … It was her ability to tackle and resolve issues with poise and professionalism that allowed us to work seamlessly and efficiently.”

Ms. Hendricks told The Observer that she has no further comment on the matter. 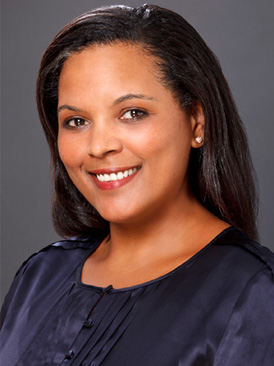