Dr. Alieta Eck has not generated as much early press as Steve Lonegan as the two Republican U.S. Senate hopefuls scramble to obtain signatures in advance of Monday’s deadline for petitions toward a special U.S. Senate election.

But Franklin Township Mayor Brian Levine, state Senate candidate in the 17th Legislative District, did his best to change that this evening when he issued an endorsement of the medical doctor running on a platform that includes the repeal of Obamacare.

There is some history here and some context.

“Over the years, I have known Dr. Alieta Eck to be a caring and community minded physician,” Levine said in a statement. “More importantly, she is a caring and thoughtful person who is concerned for the well-being of people.

“Dr. Eck will be a beacon as she serves her constituents with their needs in mind, while bringing intelligence and common sense to our hapless federal budget,” the mayor added. “I heartily endorse Dr. Alieta Eck to be New Jersey’s next United States Senator.” Doctor Alieta Eck has been a practicing physician in Piscataway, New Jersey for over 30 years along with her husband, John. Ten years ago, she founded the Zarephath Health Center to provide healthcare for the poor and uninsured without taking money from taxpayers.”

Levine ran for governor in 2009 in the Republican Primary, and it was Lonegan’s challenge to his petition signatures that resulted in the state bumping Levine off the ballot. 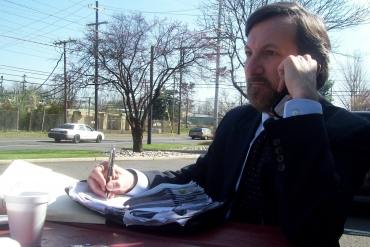