Lonegan has already been endorsed by Rep. Leonard Lance (R-7) and many other New Jersey Republican officials as he attempts to fend off Dr. Alieta Eck.

“This year’s special election for U.S. Senate presents a unique opportunity for New Jersey to be represented by an individual who will fight for lower taxes, less debt, and a more limited government,” said Garrett. “Today, I am endorsing Steve Lonegan, as he clearly has the grassroots energy, campaign organization, and knowledge of the issues to effectively represent our party in the election and our state in the Senate. It is critical that we work together to push back against the Obama administration’s numerous overreaches and set our country on course for a more secure, economically vibrant future.”

“I am grateful and honored to receive Congressman Garrett’s endorsement in this crucial Senate race,” Lonegan said. “Scott has been a forceful voice in Washington for lower taxes and spending, repealing Obamacare and protecting individual freedom. I hope to join him soon on the front lines of this fight.” 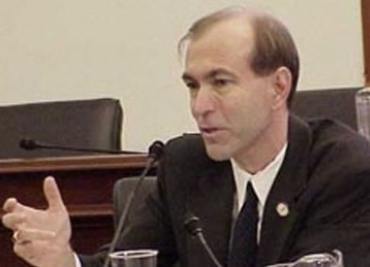