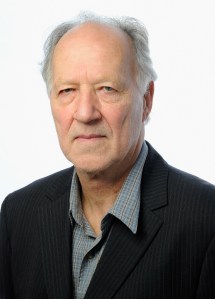 Despite filmmaker Werner Herzog’s insistence that he is not an artist—”I’m a solider,” he explained to an audience at the New York Public Library last year—the whole art thing seems to be working out pretty well for him. Los Angeles’s Getty Center announced today that it has acquired Hearsay of the Soul, the very beautiful and very intense video installation he made for the 2012 Whitney Biennial. It will present the work from July 23 through Jan. 19, 2014.

Mr. Herzog, you may recall, wrote a short text on the work. Here’s a characteristically bit, via the Getty:

Segers’s images are hearsay of the soul. They are like flashlights held in our uncertain hands, a frightened light that opens breaches into the recesses of a place that seems somewhat known to us: our selves. We morph with these images.

Hercules Segers’s images and my films do not speak to each other, but for a brief moment, I hope, they might dance with each other.