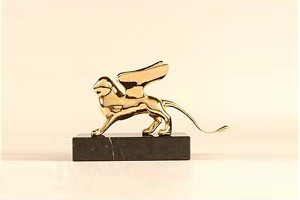 The Venice Biennale’s jury presented its top honor, the Golden Lion, to Tino Sehgal for his work in Massimiliano Gioni’s biennale exhibition, “The Encyclopedic Palace,” and to Angola for the best national pavilion, which included a show by photographer Edson Chagas and a group show called “Angola in Motion.” (Thanks to Artforum for directing us to the news.)

In a statement, the jury—Jessica Morgan (the chair), Sofía Hernández Chong Cuy, Francesco Manacorda, Bisi Silva and Ali Subotnick—praised Mr. Sehgal “for the excellence and innovation that his practice has brought opening the field of artistic disciplines.” It’s been a remarkable 12 months for the artist, having presented a striking piece at Documenta 13 in Kassel, Germany, last summer, taken over Tate Modern’s Turbine Hall from late summer into the fall and, on a more minor note, pretty much won Frieze New York with a short piece at Marian Goodman’s booth.

The jury awarded the Silver Lion, which goes to a promising young artist in the main Biennale show, to Camille Henrot.

And there are special mentions to share, reproduced in full below:

A special mention for Sharon Hayes for making us re-think the importance of alterity and the complexity of the interplay between the personal and public.

Another special mention for Roberto Cuoghi for the significant and compelling contribution to the International Exhibition.

The Jury paid particular attention to countries that managed to provide original insight into expanded practice within their region. The collaborative nature of each of the chosen Pavilions was a palpable experience.

Golden Lion for Best National Participation to Angola for the curators and artist who together reflect on the irreconcilability and complexity of site.

A special mention to Lithuania and Cyprus for an original curatorial format that brings together two countries in a singular experience.

Another special mention to Japan for the poignant reflection on issues of collaboration and failure.

Earlier this month, the Biennale announced that Golden Lions for lifetime achievement would be presented to Maria Lassnig and Marisa Merz.