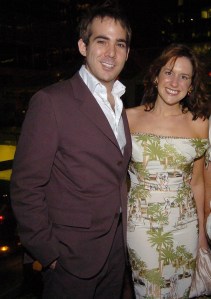 The seven-year-old gallery New York gallery Harris Lieberman has closed. The last exhibition at the gallery was that of Armin Boehm, which ended on June 15.

“We had a great seven years,” co-founder Jessie Washburne-Harris told The Observer, “but we decided it was time to make a change.” She added that she and her partner, Michael Lieberman, would “like to thank all the artists and all of our supporters.”

Ms. Washburne-Harris and Mr. Lieberman, who are married, opened Harris Lieberman in the West Village in 2005. The gallery moved to a ground-floor space on West 26th Street in Chelsea in 2011. The gallery participated in fairs like Art Basel Miami Beach and Liste, in Basel, Switzerland, as well as, two years ago, the Statements section of Art Basel. They represented artists including Karl Haendel, Zak Prekop, Julia Dault, Rebecca Morris and Thomas Zipp, who had a project at this year’s Venice Biennale.

As of July 15, Ms. Washburne-Harris will join the 33-year-old Chelsea gallery Metro Pictures as a director.

“As sad as it is to give up on our shared dream,” Mr. Lieberman said, “we see this as a moment of opportunity for us in our individual professional lives.”