Every few years, I like to buy a new hat. Not a baseball cap or anything so prosaic as that, though I do enjoy wearing a cap every once in a while. What I mean is something stylish, something one might consider daring—a hat to make life more interesting.

“Fastidious, unbelievables, beaux, lions or dandies,” he wrote in 1863, “whichever label these men claim for themselves, one and all stem from the same origin, all share the same characteristic of opposition and revolt; all are representative of what is best in human pride, of that need, which is too rare in the modern generation, to combat and destroy triviality.”

O.K., that’s pretty dramatic. I don’t mean to imply that wearing a hat is in any way a heroic gesture, but I think Baudelaire was on to something. When I wear a hat, it is usually a reaction to some kind of boredom: sartorial ennui, if you will.

That’s what led me last month to JJ Hat Center—the oldest hat shop in New York City, established in 1911—to seek out a new fit. I was craving a fedora, though it wasn’t the first time I’d fixated on a particular style.

The Kangol flat cap was my first obsession. I wore one backwards in high school, which often resulted in comparisons to Samuel L. Jackson. I think it was meant as a jab, but in retrospect, it feels like something to be proud of. I haven’t been likened to him since, but I do still wear that hat on occasion; it’s in great shape, a testament to the durability of Kangol’s products.

Throughout most of my college years, I donned a navy blue beret. Most people eye me incredulously when I say this. But I think I looked pretty good, if I may be so bold. I was living in Montreal, a French-speaking city, and so felt more inclined to dress fashionably. The beret gave me license to be more adventurous. Next?

Rex Harrison had the answer: a fedora. I remember watching him play Henry Higgins in My Fair Lady one summer. “Yes,” I thought, “this is the man I want to dress like.” The three-piece suits would have to wait, but the next day I went out and bought a green trilby hat. I wore it about three times and have since misplaced it. I don’t think I was ready for such a purchase, or perhaps the purchase wasn’t ready for me.

Common wisdom tells us that hat-wearing began its decline in 1961, when John F. Kennedy, Jr., went bareheaded at his presidential inauguration. As is so often the case, however, common wisdom is off. JFK gave his speech hatless but did, in fact, wear a silk top hat—a silk top hat!—at his swearing-in, as Neil Steinberg points out in Hatless Jack: The President, the Fedora, and the History of American Style. Franklin D. Roosevelt set a precedent much earlier, appearing hatless at his inauguration in 1945, and, as Mr. Steinberg notes, hats started to fall from popularity as early as the 1920s.

While it’s impossible to deny that hats are no longer the social sine qua non they once were, they’ve certainly made a comeback in the past few years. Look around you: there are Don Draper lookalikes all over the place.

I’d like to think that my recent decision to buy a hat had nothing to do with Mad Men, but I’m sure the show influenced me in some way. Whatever the case, I was finally ready for a fedora when I stepped into JJ Hat Center, located on Fifth Avenue, in the shadow of the Empire State Building, on a recent warm spring morning.

The shop is a throwback: the walls are lined with homburgs, bowlers and top hats; jazz music purrs in the background; and the smartly dressed salesmen wear vests and tie clips and, of course, stylish hats. As summer was coming, a straw fedora—better known as a Panama hat—was on my mind, but I tried on a bunch of styles to get a sense of what’s out there.

There was, for instance, the derby hat, which I had trouble seeing myself in, even at a horse race. I put on a stingy-brimmed pork pie hat but couldn’t take myself seriously when I looked in the mirror, though the salesman helping me out, José Henriquez, said it worked. (There are, as far as I’m concerned, three people in history who pull off a pork pie: Buster Keaton, the great tenor saxophonist Lester Young, and Gene Hackman, in The French Connection. Sorry, Marcus Miller.)

I tried on a wool-felt rain hat, crushable for travel. It fit well, but I reasoned that it would be too heavy through the warm summer months. I was smitten with a fur-felt Borsalino fedora, lightweight and beautifully shaped, but it cost $350, and I could only afford to spend around $100. (Quite an expensive way to “destroy triviality,” I thought.)

Stetson makes a felt hat called the Temple, modeled on Indiana Jones’s headwear. It’s a rugged thing, priced at $175. I was considering buying it, going over my limit, when Mr. Henriquez directed me to a lovely $110 straw fedora, handwoven in Ecuador, called the Bogart. I was immediately sold, and so was the hat, which is sturdy and lightweight without being heavy or insubstantial.

There are a couple of basic things you should know when you own a straw fedora. One, Mr. Henriquez told me, is to never wear it in rain. Also, don’t hold it by the crown—grab it from the brim when you pick it up and take it off, or it’ll crack. (The Bogart has a special insert in the crown to preempt any wear and tear, but it’s still a good habit to get into.) Other than that, wear it well and wear it confidently.

Every hat is an expression of individuality. I’m not yet sure what I’m trying to express with the Bogart. I’ve worn it around the city a couple of times but have yet to feel truly at ease in it. I guess I have time.

When I bought my fedora, Mr. Henriquez gave me a card decorated with 10 derby hats. He punched a hole in it. When all of the hats are punched, he told me, you get 10% off for life.

The dandy in me hopes to get there someday. 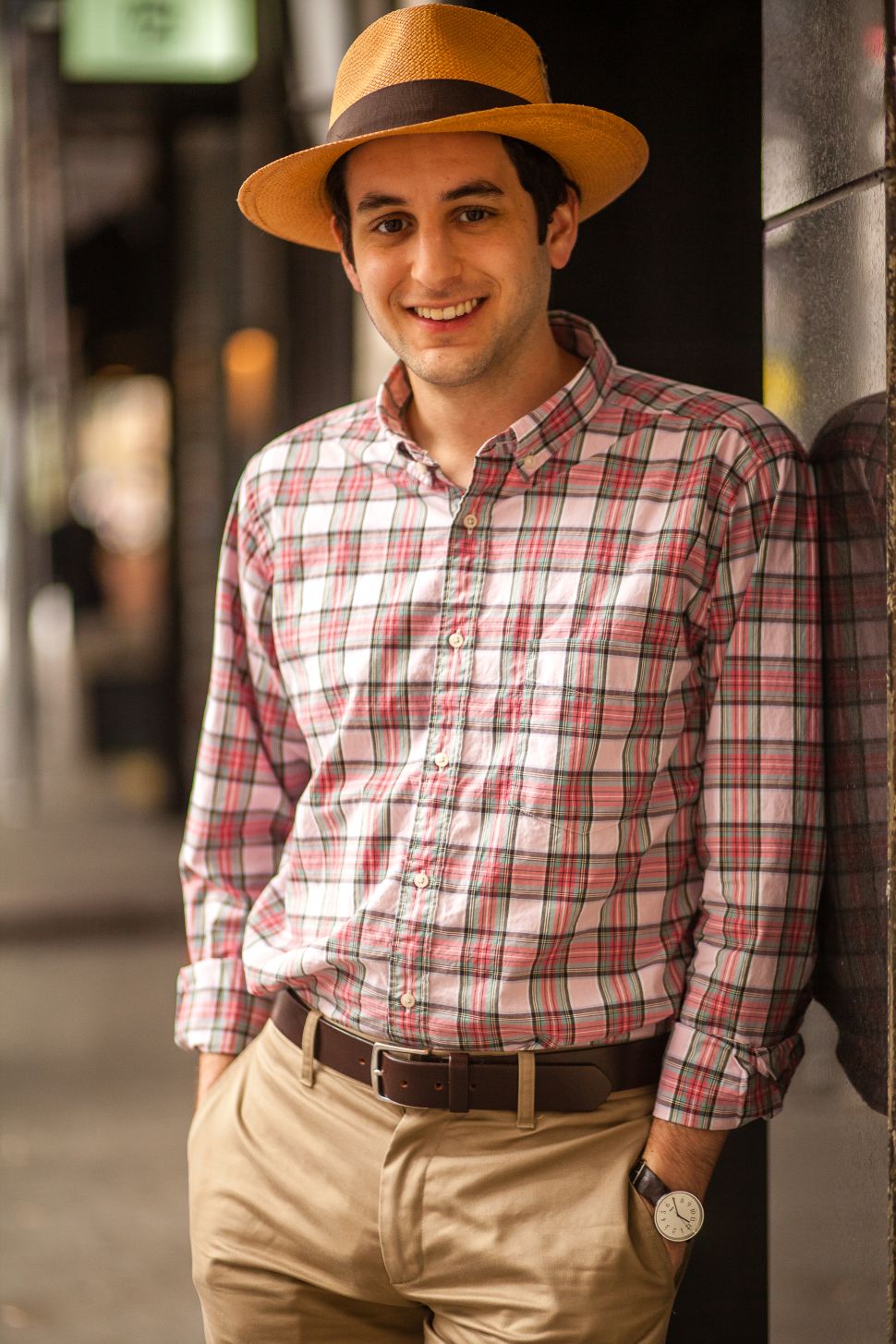