Okay, renters, start your engines. Congratulations, you have entered one of the tightest rental markets in recent history. With vacancy rates hovering around one percent, and expected to go lower with the busy summer months, rents are climbing, and climbing sharply, with every lease renewal. Demand is spiraling up, and those who hesitate will not get the apartment.

Manhattan, as everyone knows, is a renter’s town. Seventy percent of the housing stock is rental. A mere 30 percent is owned. And with a chronic shortage of properties for sale, even those who are in a position to buy tend to stay in the rental market longer. Always a magnet, New York is safer than ever, has recovered from the economic downturn faster than the rest of the country, and everyone wants to be here. They’ve got to live somewhere. Hence, say real estate executives across the board, tremendous upward pressure in rents, both in Manhattan and Brooklyn. Doorman buildings can cost you

Different firms give different numbers, since there is not one central listing service for all rentals, but everyone is clear that vacancy is close to one percent and dipping. Citi Habitats, the city’s largest brokerage, found a 12 percent decline in availability in March alone. In Manhattan, it dropped to 1.28 percent from the 1.46 percent. Since then it has only gone lower. REBNY, the Real Estate Board of New York, lists a total of 545,000 rental apartments in New York. Of those, “We show only 5400 active rental listings,” says Douglas Wagner, executive director of leasing at BOND New York Properties, “which indicates a vacancy rate in the Borough of just under one per cent.” NestSeekers International puts the vacancy rate at .6 percent currently.

With supply tightening, rents are rising. According to Douglas Elliman monthly report for April, the median rent for an apartment in Manhattan rose 6.5 percent from last year, to $3,195 from $3,000. There were more transactions as well, 1.4 percent more than the previous year, for a total of 4,287 in Manhattan.

All of which points to historically high rents for this summer, smashing last year’s already record highs. Here’s what to expect, according to Bond’s Mr. Wagner: “One bedrooms in walk-ups will continue to range from $2400 to $3000 regardless of the neighborhood, and doorman one-bedrooms are starting at $3200 and ranging as high as $5500 in the most luxury developments. Two bedrooms in walk-up buildings range from $2600, with the best values on the Upper East Side, and they are more commonly $2800 – $4400 with the most expensive units located in Greenwich Village. Doorman two bedrooms can be expected to start at $3800 and mostly exceed $4500 up to $6600 in any Manhattan neighborhood below 100th Street.”

Availability is tightest and rents are highest in the West Village, and Chelsea, with TriBeCa and SoHo fast on their heels, so real estate executives advise value shoppers to look elsewhere. Mr. Wagner says better deals are to be found in Murray Hill and the Upper East Side, “where doorman two bedrooms are more commonly less than $5000 monthly.”  In contrast, choice locations in the Village are asking as much as $8500 for two bedrooms, particularly close to Washington Square.

And when the lease is up, the rent goes up substantially. “Both major landlords and smaller ones are raising rents by 10-15 percent with each lease renewal,” says Andréa “Ande” Sedwick, senior vice president of NestSeekers. By way of comparison, back in 2007, lease renewals meant a 3-5% increase in rent. Nevertheless, Ms. Sedwick says, “More people are renewing. They are biting the bullet, rather than venture out into an ever more competitive market.” So competitive that apartments are getting multiple applications submitted on the same day, which has incited bidding wars among would-be tenants. Sometimes already high rents are being bid up by as much as 15 percent in the most desirable buildings. The situation is causing a lot of sticker shock for those moving here.

“There is always a disconnect,” says Gary Malin, president of Citi Habitats. “People who don’t live here don’t realize how much Manhattan has recovered, and how competitive it is. If you get too picky, you will lose every apartment.”

Rents are rising across the river in Brooklyn as well, but even more striking is the spike in the volume of transactions in that borough. Elliman’s report shows that rental transactions increased 10.9 percent, from last year to this. One possible explanation is that Brooklynites are less likely to put up with rent increases, and more willing to move to avoid them. But high rents in desirable Brooklyn neighborhoods are increasingly unavoidable.

Ms. Sedwick of NestSeekers suggests Manhattan renters will get the most bang for their buck in the Financial District, or FiDi. The area around Wall Street has gone through drastic changes since the recession, and is now 80 percent residential, Being extremely well-served by public transportation, many real estate professionals think it is perched for a major breakthrough. “A luxury apartment in FiDi is a better value than a non-luxury apartment in a West Village walk-up,” Ms. Sedwick says. “Luxury in a well-chosen neighborhood can be more affordable than non-luxury. Don’t be fooled.” In FiDi, she says, renters can expect to pay $3800 for a one-bedroom, often including utilities. Contrast this with Chelsea, near 6th Avenue, where one bedrooms can run around $4200. In the West Village, renters will pay close to that for a walk-up.

Other up and coming neighborhoods include the Upper West Side in the 60s, such as the Avery at 63rd and Riverside, and the Trump buildings. “They are redoing the whole area, tearing down the highway and redoing the park,” Ms. Sedwick says. “There’s space and beautiful views. It’s away from the action, but within a few blocks of it.”

Hudson Yards near 34th and 10th Avenue is another area many say is braced to take off once the 7 train is extended as planned. For those willing to venture out of Manhattan, Long Island City, Queens is a great choice, and an easy commute into Manhattan. Williamsburg, Brooklyn has more or less become like an extension of the East Village, and the rents are comparable.

Mark Menendez, director of Elliman Rentals, still thinks the Upper East and West Sides have some great deals along with the Financial District. But he has another tip for renters looking for value. “One of the most underrated neighborhoods is Inwood on the northern tip of Manhattan,” he says. “It has great access to trains and shops; it’s a stable neighborhood with an amazing park (Inwood Park) and the cost of living is well short of what it costs below 96th street.”

So, apart from venturing into neighborhoods they might not have previously considered, what do the experts advise would-be renters to do in these hyper-competitive times? Come prepared. Have your portfolio of bank statements, salary stubs, tax returns, and a note from your employer ready to go. While you’re scrambling to assemble your documents, someone else is going to swoop in and rent the place. And be prepared to make an offer that is that much harder to refuse. Yeupp, in the rental market. “If you find something you love,” says Mr. Malin, “offer a little above asking. It’ll make you stand out from the crowd.

Lastly, if you’ve got the choice, try not to move in the summer. That’s the busiest time. Try January, right after New Year’s. 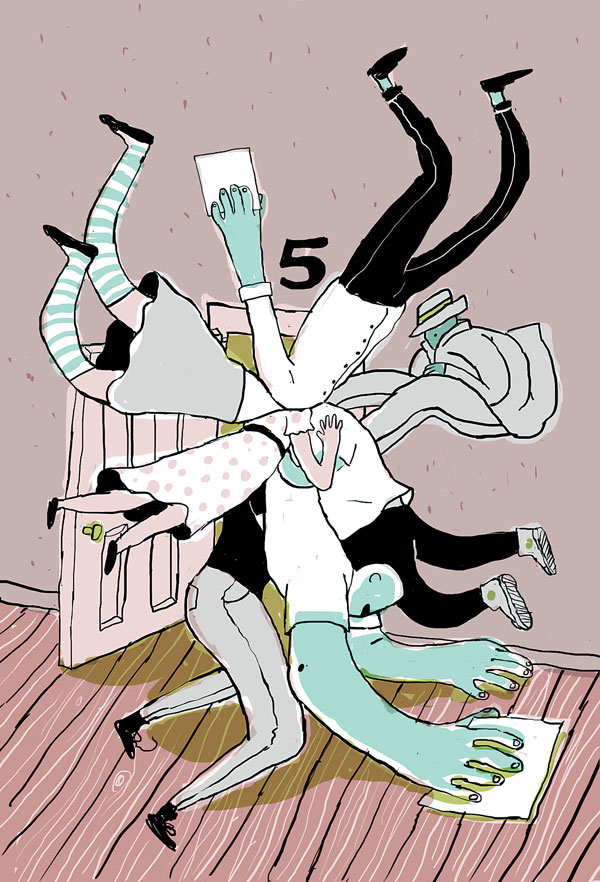