You’ve probably never heard of it.

In a world littered by the used copies of The New York Times, USA Today, and The New York Observer, an independent newsstand is taking a stand against traditional media.

It’s called “The Newsstand,” but since it’s in Williamsburg, it doesn’t sell much news. Independently published books, comics, erotica, and a record player are the main attractions.

“Zine culture has been producing influential independent publications for decades and a recent rise of awareness has given this platform a renewed life With a focus on personal creative expression these modern zines offers a deeper look at culture in a way rarely seen in mass media,” a press release for the pop up news shop reads.

Publishers such as Hamburger Eyes, Miniature Garden, and Toilet Paper Magazine are available at the store at the Metropolitan station in Williamsburg, between the L and the G trains.

“It’s really attractive and unexpected to find a store like this in a subway station,”  Esme Boyce, 26, told the NY Daily News. “It’s a great way of utilizing unused spaces and introducing people to independent magazines.”

There’s no word as to if there will be an extra tax on the items for being so annoying. 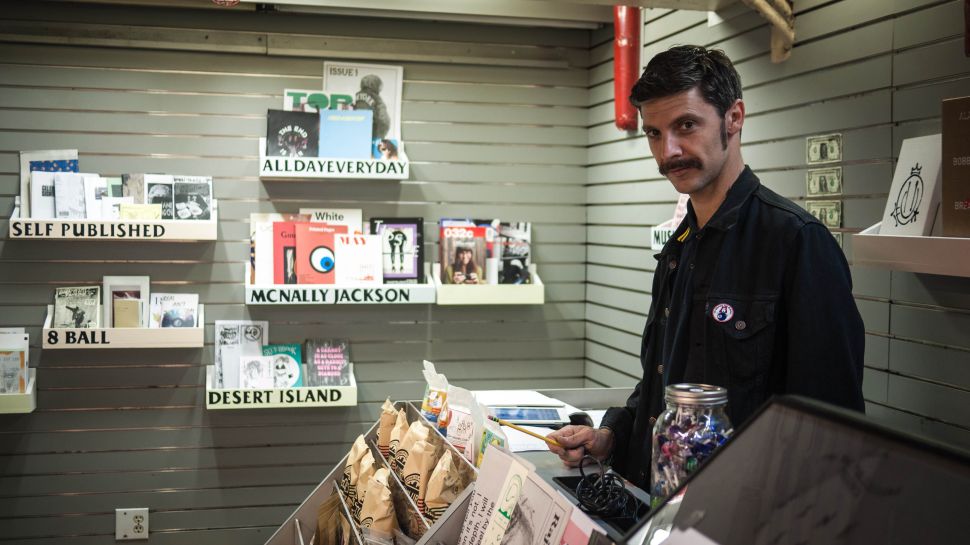