U.S. Rep. Rush Holt (D-12) this morning formally entered the race for U.S. Senate with an email blast to friends.

“This week, New Jersey lost a public servant of the highest caliber – someone whose advocacy touched, improved, and saved countless lives,” Holt said. “New Jerseyans knew that, in Senator Frank Lautenberg, they had a true champion who would fight for our shared progressive values.

“On Tuesday, Governor Christie announced a special election to fill the vacancy in the U.S. Senate.  Today, I ask for your support as I seek to serve as your Senator in that seat.  The reason is simple: I believe I am the best candidate to continue the passionate advocacy for progressive values that Sen. Lautenberg exemplified.”

Holt appealed to supporters to help him gather petition signatures toward getting on the ballot of an August special election.

PolitickerNJ.com first reported the news earlier this week that the congressman would pursue the vacant Senate seat.

“As you know, I have never shied away from a tough political fight, and I have never wavered in my commitment to advancing progressive priorities,” said Holt. “As an educator and a scientist, I know that investing in education, research, and infrastructure are the keys to a stronger, more secure middle class.  These are the investments that kept the American Dream alive in the 20th century – investments such as the GI Bill, which made it possible for a young Frank Lautenberg to go to college, to build a business, and to join the United States Senate.”

Holt said he believes tthe American Dream, and Sen. Lautenberg’s vision for the country, are under attack in Washington today, threatened by a worldview that gives ever-greater privilege to the already fortunate:  a dogma that demands lower taxes on the wealthy and fewer protections for consumers while letting Wall Street, Big Oil, and insurance companies run free.

“In my 14 years in the U.S. Congress, I have fought back against this destructive ideology and built a record of accomplishment on issues that matter to New Jerseyans,” Holt said. “I have helped to increase Pell Grants and student aid for college, invest in research and development, make sure women get equal pay for equal work, improve mental health services for our nation’s veterans, and much more. We need a United States Senator who will recommit our nation to these progressive values, who will make the investments needed to keep the American Dream alive in the 21st century.  This is not a time for easy cynicism; it is a moment to do the hard work to get our nation back to our best ideals.”

Holt is the first declared Democratic candidate in the U.S. Senate contest.

U.S. Rep. Frank Pallone (D-6) and Newark Mayor Cory Booker are also running, sources say, but the two men have not yet made formal candidacy declarations. 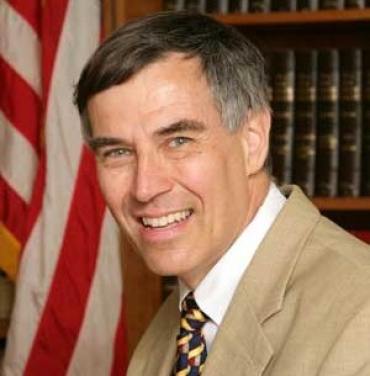