Breaking news on the biggest thing in television this summer–and no, it’s not the True Blood premiere where Sookie totally gets down with a blood-soaked Billith.

As you should already know, Daily Show correspondent John Oliver will be taking the reins from Jon Stewart this summer so that the super handsome (it’s not just us!) comedian and pundit can devote his time to a directing project. Today, Mr. Oliver unveiled his five-part plan to bring The Daily Show to its knees, “destroy[ing] everything Jon Stewart spent fourteen years building.”

Among the high-octane thrills he promises GQ, we’re most looking forward to a visit by Her Majesty the Queen–or, alternately, “Helen Mirren dressed as the queen,” or a cross-dressing Senator Mitch McConnell “dressed as either the Queen or Helen Mirren.”

“If any one of those works out,” he promises, “I guarantee you will see the most awkward, borderline treasonous, yet memorable interview in the history of television.”

Additionally, it’s no secret that Mr. Stewart’s show is stingy on the gift giving. Mr. Oliver plans to serve The Daily Show with a dollop of Oprah goodness by “giving out a free car to every audience member.” He adds, “I haven’t confirmed this with Comedy Central yet, but I can’t see how it’ll be a problem.”

And lastly, Mr. Oliver has heard the prayers of all those politically-minded but not-too-serious-about-it viewers who lament the absence of constant outlandish reality-show stunts.

“Prepare to see me behind a desk, breaking down the news, while celebrities attempt to ballroom dance in front of me and dive into a swimming pool behind me, and bearded men crawl around the floor blowing duck calls and firing shotguns at anything that moves.”

He concludes, “It’s still going to be everything you love about The Daily Show, just without the thing that you love most about it.” 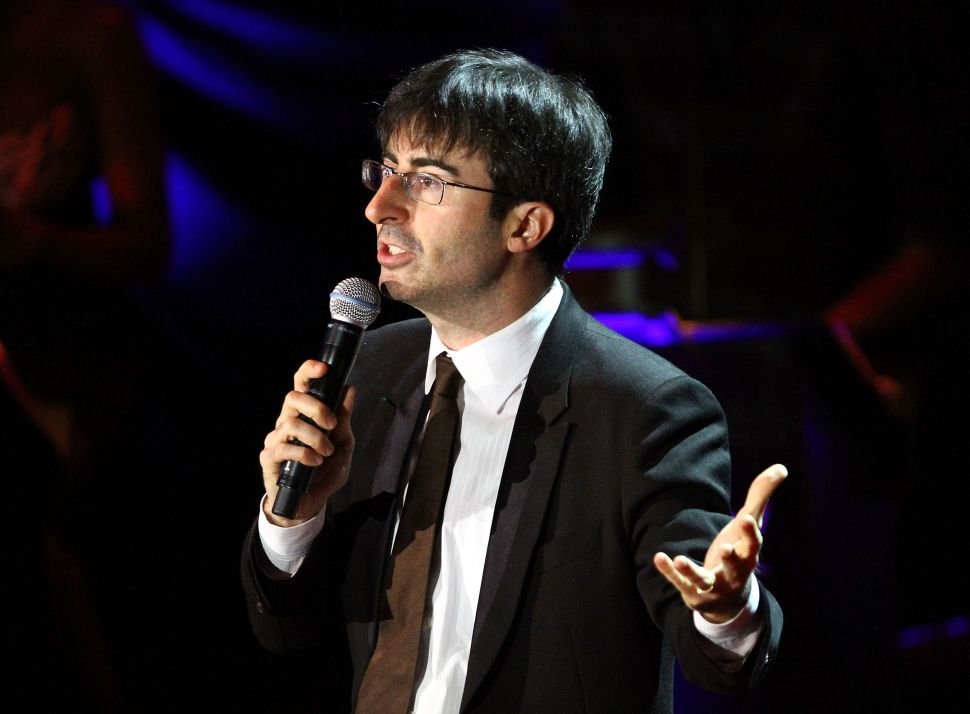