The Supreme Court issued a landmark ruling today, rendering the Defense of Marriage Act unconstitutional. Per the Court’s decision, existing gay marriages will now be legally recognized by the federal government, granting same-sex couples the legal benefits guaranteed in marriage for the first time. Here, we’ve rounded up the most heartfelt responses from the Twitter-verse on the ruling.

I never dreamed I would see this day. The whole world has changed for us all. I can’t believe it!! #DOMA #Equality — Andy Cohen (@BravoAndy) June 26, 2013

My moms have been together for over three decades and were married in NYC last year. Today, my country decided to recognize my family. — Hunter Walker (@hunterw) June 26, 2013

My kids woke up this morning in a country where their family is equal to all others. Great way to start the day! — Jim Kleverweis (@jimkleverweis) June 26, 2013

I am now happy to live in a state where people can marry whoever they love, get the same benefits, and be spied on by the NSA like equals. — Philip DeFranco (@PhillyD) June 26, 2013

Shaking hands, cries of joy, faces lined with happy tears. The beautiful roar of a people who are told they belong. pic.twitter.com/WQP2bndv0N — Michael King (@HeyMichaelKing) June 26, 2013

Even the Commander-In-Chief got in on the twitter action 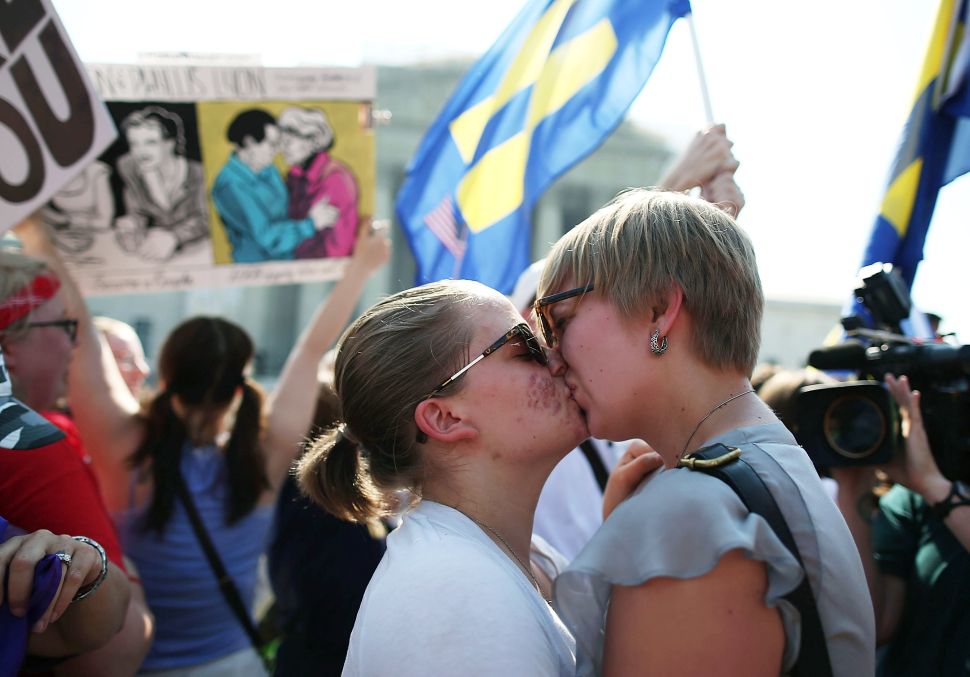