Assemblyman Jerry Green (D-22), Plainfield, has the votes to be Union County Democratic Committee Chairman, he told PolitickerNJ.com this afternoon.

“It’s time for Union County to get behind Ray Lesniak,” said the assemblyman. “He’s a seasoned politician who’s been there and done that.”

“This does not take away from our ability to make her stronger, but Ray is someone who’s been in the trenches for years,” Green said. “He’s a team player who stood up for the party. There were times when I had to step aside myself for the good of the party. This is not taking away from her power but she has to think about what she has to do to win. Raising the money and stopping the bleeding and getting other people to rally around her is a major part of this. Jason can’t do that. Ray can do that.”

In April, amid early bumpy weather for Buono’s right as Democratic Party gubernatorial candidate to choose the successor to John Wisniewski, Green said she said have her own chair.

“That should be her call,” Green said at the time. “If she’s going to be our governor, she should make the call. She should say, ‘these are my choices, my decisions.’ Now, I don’t want her going in the opposite direction either: ‘my way or the highway,’ but the state chairman’s choice is hers.”

Today, Green said under normal circumstances he would say Buono deserves her own choice, a point veteran Passaic County Democratic Chairman John Currie keeps making to Democrats, which he reiterated yesterday in a conference call with county party leaders.

“You have to look at the lay of the land,” the assemblyman said. “We have two very important elections this year, and we have people jumping ship. This is not just Barbara. People are jumping ship. If adjustments are not made people are going to continue to jump ship. If this was just the Barbara Buono show she would be entitled to that. She’s still entitled to that. But if she makes the right moves now to strengthen her campaign, that’s a plus for her.”

He noted the death of Frank Lautenberg and the U.S. Senate vacancy, which created a special election this year.

“It’s about the Senate and it’s about her,” Green said. “Raymond brings money to the table and a lot of people he’s built relationships with and he can make an adjustment to win.”

Green said he would like to see both elections occur on the same date, and he would prefer to see Nov. 5th as the day.

“The courts made it clear this past week that we can’t use $161 million in affordable housing dollars to balance the budget but we can waste $12 million on an election? That doesn’t make sense,” he said.

State Sen. Shirley Turner’s (D-15) bill to combine the elections on the same day will get vetoed, he said. “We have no choice but to go to the courts,” he added. “Every day becomes more and more crucial.”

Yesterday, Somerset County Democratic Chair Peg Schaffer filed a brief in Superior Court setting up a challenge to Christie’s decision to have a special Senate election in October. Green said he hasn’t seen the details but favors the argument.

Like Green, Lesniak earlier this week in a conversation with PolitickerNJ.com made the case for corraling defecting Dems as insiders continue to whisper about the plans of powerful Essex County Executive Joe DiVincenzo, a Democrat, to cross the aisle with an endorsement of Republican Gov. Christie.

“As chairman of the party I’m hoping every Democrat will stay in the party,” Green said. “We have to look at what’s good for the party. Republicans haven’t done that and wouldn’t do that. I’m hoping Joe D will put the party first. All respect to Joe, but the decisions you make now will have a major impact on the Democratic Party for years to come. I will ask everyone in Union County why are we giving this away. This is not a time to look out for you, it’s a time to put the party first.”

Regarding the developing Democratic Primary for Senate, Green said he does not yet know who he will support in a field that includes Newark Mayor Cory Booker, U.S. Rep. Frank Pallone (D-6) and U.S. Rep. Rush Holt (D-12).

The Union County Democratic convention is scheduled for Tuesday evening. 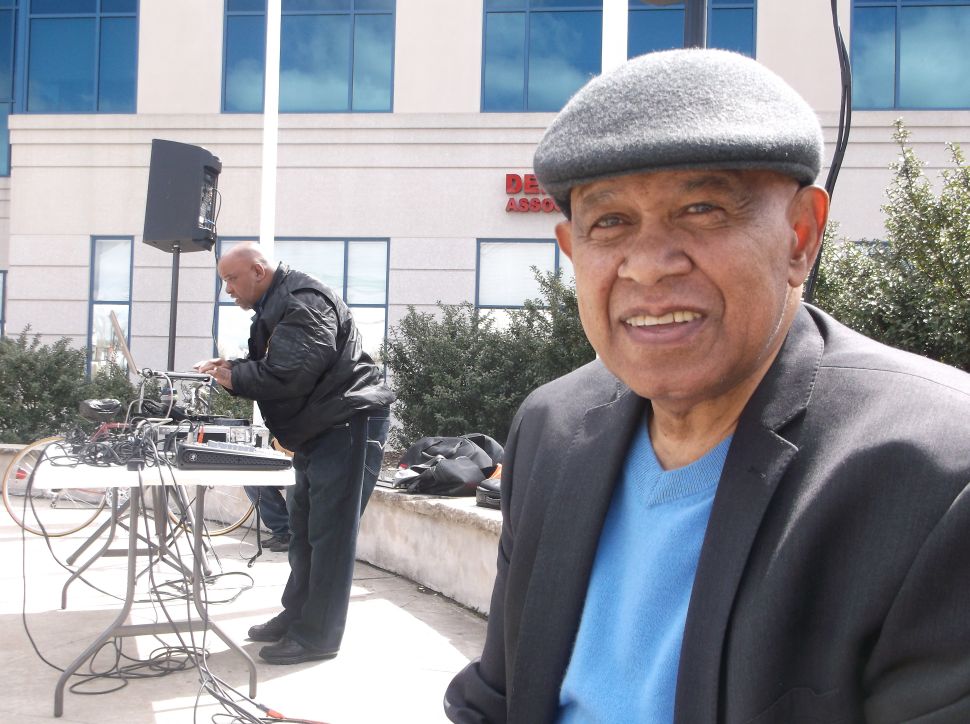