The IRS isn’t saying. But according to her attorney’s law firm, the answer is yes.

“Every penny,” Roberta Kaplan, who has represented Ms. Windsor throughout the case, said to reporters after the proceedings. “Plus interest!”

Her firm, Paul, Weiss, confirmed that “Edie is due to receive a federal tax refund of $363,000. We expect that she will also receive interest in the amount of approximately $45,000 on her refund.”

The move will be the icing on the cake for the 84-year-old, who was compelled to pay the sum after her wife, Thea Clara Spyer, passed away in 2009. While married couples don’t have to pay the federal estate tax when inheriting from one another, Ms. Windsor was responsible for the fee because the Defense of Marriage Act (DOMA), stipulated that marital benefits can only apply to a union between a man and a woman.Thus, in the eyes of the federal government, Ms. Windsor was not married to her partner of more than 40 years–despite the fact that their home state of New York legally recognized their 2007 Canadian marriage at the time of Thea’s death.

Now that DOMA has been deemed unconstitutional, those who fell victim to its legislation can file to get their tax money back.

“I wouldn’t be surprised if these claims paid out for these people,” Donald Novick, founder of Novick and Associates, told The Observer.

Mr. Novick, whose firm specializes in inheritance law, went on to explain that while same-sex couples wronged by DOMA have a right to litigate, there aren’t many other people in the same situation as Ms. Windsor’s.

The stipulations for repayment are very specific, Mr. Novick said. Any claimants would have to have been married in one of the 13 states that have legalized same-sex marriage. Since being legally married, their spouse must have died and passed on an estate worth more than the federal tax threshold of $5 million.

As one of the few individuals in this situation, Ms. Windsor should be due a massive payout.

While her lawyer claims that she will be paid back, with the interest accrued on the money since 2009, the Internal Revenue Service (IRS) wouldn’t substantiate the claim.

“We are reviewing the important Supreme Court decision on the Defense of Marriage Act,” the IRS said in a statement. “We will be working with the Department of The Treasury and Department of Justice, and we will move swiftly to provide revised guidance in the near future.”

Typically, the IRS limits the time to file a claim for refund. In general, a claim must be filed within three years of the date on which the return was due, or within two years of the date of the payment of the tax, if that date is later.

After four years of fighting, let’s hope the IRS carry out its duty soon. Ms. Windsor has waited long enough. 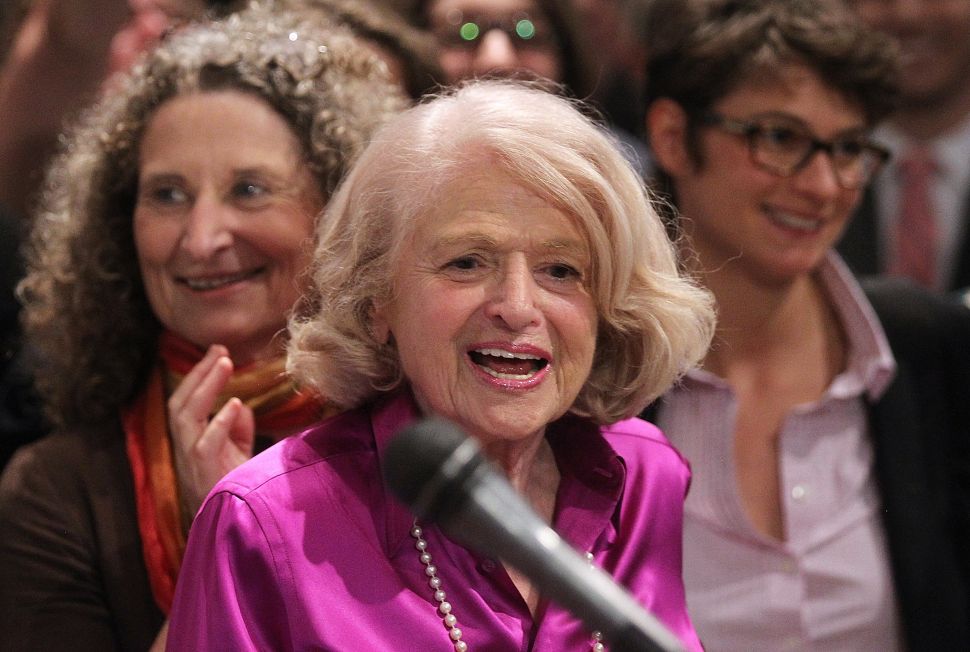