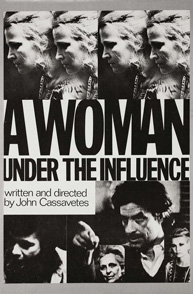 John Cassavetes’s unsettling 1974 masterpiece, A Woman Under the Influence, will be playing Tuesday night at Nitehawk Cinema in Williamsburg as part of the Film Foundation Screenings series. That’s fine enough, but the movie will also be introduced in-person by Kim Gordon, the bassist and front woman for Sonic Youth, and the subject of a forthcoming retrospective at White Columns.

The screening starts at 9:30 p.m. and costs $16. The movie, according to a spokesperson for Nitehawk, is one of Ms. Gordon’s favorites.