Karen Gehres, who lives across the street from P.S. 142, has started a petition to rid her neighborhood of its “annoying” adult kickball league. The excessive noise from the games, which run four times a week, has made summer evenings unbearable, Ms. Gehres told DNAinfo.

“It is a very frat-house behavior. I don’t want to insult children and say it is childish — these are adults screaming, trying to relive their youth or something,” she said.

The two leagues—Notwork Network Society and NYC Social Sports Club—host games on the school’s courts, right near of Ms. Gehres’ apartment. And it’s not just the noise, but also the generators’ bright lights that make weeknights insufferable.

“First, it started off two or three years ago with a few grown-ups playing,” he told DNAinfo. “Then, slowly it became stadium lighting, adults screaming their heads off, and it got later and later. Sometimes they play until 10 or 11 at night.”

The petition has garnered over 40 signatures so far, including those from every apartment that faces the school. For Ms. Gehres, who has reached out to both leagues to no avail, the eventual success of her petition is crucial. She’s also hoping to get the local Community Board in on the action.

“I have lived in the neighborhood when there were gangs running around, heroin, but this is one of the most annoying, obnoxious things,” she said. 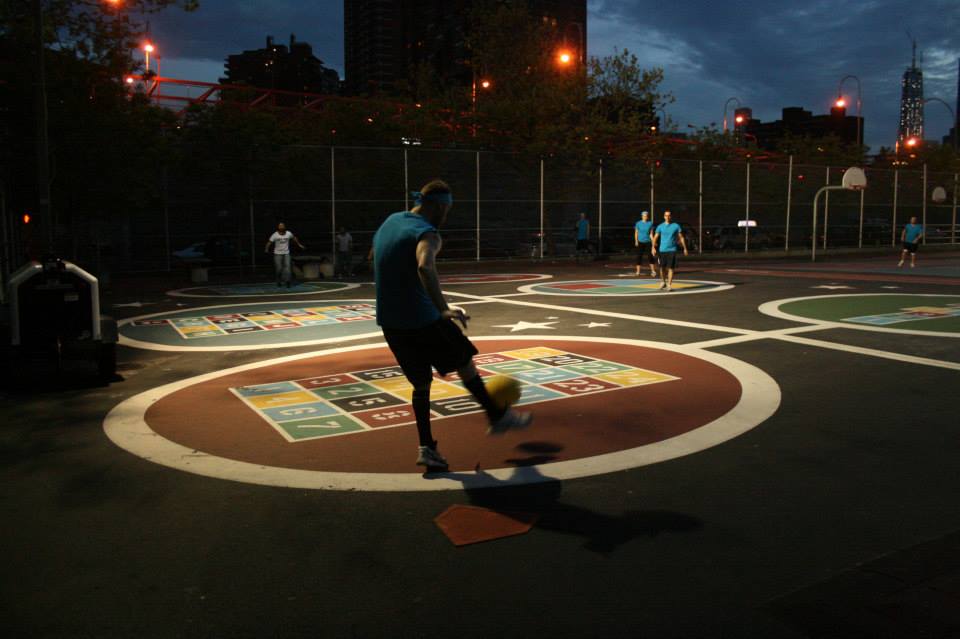