State Sen. Ray Lesniak (D-20), Elizabeth, officially declared himself to be a candidate for the state Democratic Party chairmanship.

“At this point in time I have to say I’m obviously a candidate,” Lesniak said. “After last night’s meeting it’s obvious I’m a candidate. I crossed the line from willing to actually being a candidate.” 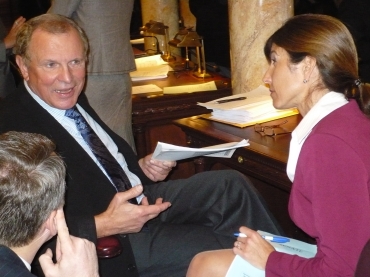