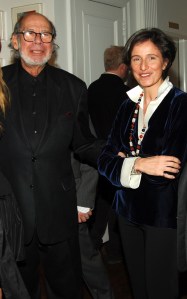 Today dealers Dominique Lévy and Robert Mnuchin, the former partners in the L&M Arts gallery who parted ways last September to run galleries independently, announced that they will close the space in Venice, Calif., that they had continued to run. When they split last year, they said they planned to continue operating the L.A. gallery together.

In a letter, Ms. Lévy and Mr. Mnuchin wrote in part:

“L&M Arts, Los Angeles opened to resounding applause in 2010, with a seminal exhibition by Paul McCarthy in an extraordinary building designed by Kulapat Yantrasast of wHY architecure. The gallery went on to provide Los Angeles – and the art world at large – with a thoughtful exhibition program that combined museum-level presentations of modern masters (including Alexander Calder and Willem de Kooning) and work by some of the most important artists of our time including Ahmed Alsoudani, Jenny Holzer, Robert Irwin, Barbara Kruger, Liza Lou, and Monica Majoli.

“We, along with L&M Arts, Los Angeles’ Senior Director Sarah Watson, would like to thank all of the artists who gave us the privilege of their kind collaboration these past few years. We also are grateful to the collectors, institutions, and local and international art communities for their overwhelming support.”