“I haven’t ruled it out, and if asked I would accept,” Minor told PolitickerNJ.com. “I would be honored to serve with her. She is a courageous and strong-willed person with a strong grasp of the issues. Sen. Buono is a friend and I believe she will succeed in winning this race.”

A source close to the campaign said Minor is on an LG short list but not in the top three right now.

Minor said he has known Buono since 2008 when he was the floor whip for the New Jersey delegation to the Democratic National Convention in Denver.

“Barbara extended the hand of fellowship to me. I never forgot that,” he said. “Fast forward until last summer, when she told me she was running for governor. She sat with me and spoke with me and I told her I would support her. I have seen that she’s willing to work hard.”

A South Jerseyan from Senate President Steve Sweeney’s home county of Gloucester, Minor said he considers both Buono and her Senate rival, Sweeney, to be his friends.

“First of all, Barbara should pick the person who gives her the best chance to win,” the mayor said. “I represent a very diverse town in the southern part of the state with large industrial parks where I have worked to bring in new companies.”

Minor said he wouldn’t shy away from criticizing the record of the incumbent Republican governor.

“I don’t think his positions are in line with a majority of the people in New Jersey,” he said. “This is a Democratic state and as time moves on people will see that. This governor has shown a lack of consideration to women’s rights and to the working class.” 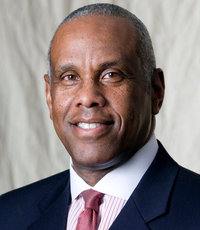