“Since taking office, Governor Christie has been a straightforward and strong voice for our state – telling difficult truths and engaging leaders in both parties and the public on what was needed to get New Jersey back on the right path,” said Schneider.  “This was most apparent just when it was most needed, as our state was dealing with the devastation of Superstorm Sandy.  Governor Christie’s strong and decisive leadership has helped move our recovery along steadily in affected communities across our state.  New Jersey needs Governor Christie for another four years and I am proud to stand with him to keep fighting for our state.”

“The work we’ve done in this community is an excellent example of what we can accomplish when we focus on partnership, cooperation, and results,” said Christie.  “That approach has been vital, not only to actually getting things done for the people we represent, but in setting an example of what a government working for the people looks like.  I’m proud that Mayor Schneider has joined the dozens of Democrat elected officials who show great character in crossing the aisle to support the best person, not merely their party.”

David Turner, spokesman for the gubernatorial campaign of Democrat Barbara Buono, responded to the endorsement.

“Governor Christie has been avowedly conservative and his trickle-down economic policies have left 400,000 people looking for work and property taxes up nearly 20 percent. He has turned his back on women, the LGBT community and working people by defunding women’s health, vetoing marriage equality and vetoing an increase in the minimum wage tied to the cost of living,” Turner said. “Come November, New Jerseyans will choose between four more years of policies that help the wealthy and leave the rest behind or a state where everyone has the same chance at the American Dream.”

The Governor has been unanimously endorsed by the Essex County Police Chiefs Association and earned the support of key organizations and individuals spanning the spectrum of political party and advocacy in New Jersey. This support includes the endorsement of the 20,000-member Laborers International Union and the 1,300-member Port Authority Police Benevolent Association. 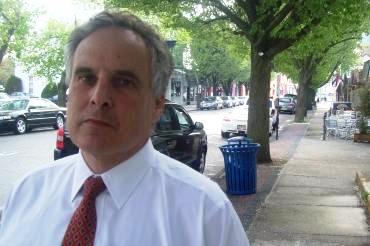