Buzzfeed reporter Michael Hastings, 33, was killed in a car accident in Los Angeles, the site announced this evening.

Editor in chief Ben Smith released a statement praising Mr. Hastings. “Michael was a great, fearless journalist with an incredible instinct for the story, and a gift for finding ways to make his readers care about anything he covered from wars to politicians,” Mr. Smith wrote. “He wrote stories that would otherwise have gone unwritten, and without him there are great stories that will go untold.”

Mr. Hastings joined Buzzfeed in February of last year, after working as a contributing editor at Rolling Stone, where he famously published a profile of U.S. Army General Stanley McChrystal. That profile, titled “The Runaway General,” led to General McChrystal’s resignation.

At Buzzfeed, he aggressively covered President Obama’s 2012 presidential campaign and then turned his campaign reporting into an e-book, “Panic 2012: The Sublime and Terrifying Inside Story of Obama’s Final Campaign.” In October, he joined Buzzfeed’s Los Angeles bureau as a correspondent-at-large. 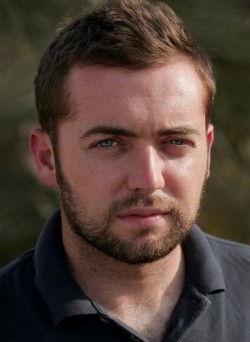